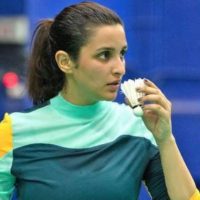 For the last couple of months, Bollywood actress Parineeti Chopra has been training hard preparing for the biopic on India’s ace badminton player Saina Nehwal. The shooting for the film is going to begin this month. And, just days ahead of the shooting, Saina Nehwal took to social media to share Parineeti’s look as Saina along with a beautiful message. 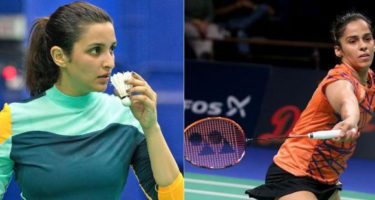 Sharing a picture of Parineeti on Twitter, the badminton player wrote, “Looking forward to this journey together! My best wishes to the team #SainaNehwalBiopic #Saina @ParineetiChopra #AmoleGupte @itsBhushanKumar @deepabhatia11 @Sujay_Jairaj @TSeries”

The biopic is titled Saina, and will release next year. Writer-director Amole Gupte, known for films like Taare Zameen Par (as the writer and creative director), Hawaa Hawaai and Stanley Ka Dabba, will helm this project. Apart from Parineeti, the film also stars actor Manav Kaul, of Tumhari Sulu fame. He will be playing the role of Saina’s coach, Pullela Gopichand. T-series’ Bhushan Kumar is producing the film. Earlier on, actress Sharaddha Kapoor was signed to play Saina’s role in the film. The Chhichhore star, however, opted out of the project due to her hectic schedule and clashing dates.

Parineeti’s fans are definitely excited to see the actress in the shoes of country’s ace badminton player. She has been working hard preparing for the role. Talking about the film, in an interview Parineeti said, “This project is absolutely perfect for me. Amole sir and his team are ensuring I have everything that I need. Everything how Saina plays, who she has played with and against, every match she has been in has been documented. It’s important to imbibe all that information and present it on the screen. I’m happy, but also very nervous.” Parineeti was last seen on the silver screen in Jabariya Jodi, opposite Sidharth Malhotra.