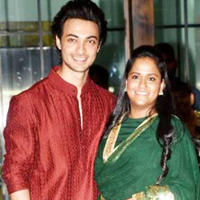 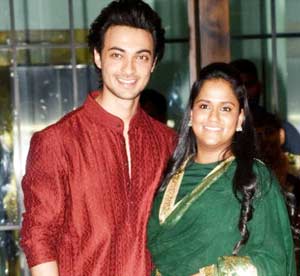 Salman Khan’s sister Arpita Khan and her husband, actor Aayush Sharma are expecting their second child. Aayush confirmed the news while interacting with the media at an awards event. “I think the new arrival is always exciting. Arpita and I are expecting our second baby. Ours has been an amazing journey, so it starts all over again. We just can’t wait for the baby to arrive,” said Aayush.

Arpita and Aayush had a big, fat Indian wedding on November 19, 2014, at the Taj Falaknuma Palace in Hyderabad. The couple welcomed their first child, Ahil in March 2016. The speculations surrounding Arpita’s second pregnancy have been going around for a while now.

Arpita is the youngest sister of Bollywood actor Salman Khan. Aayush Sharma made his Bollywood debut with Loveyatri along with Warina Hussain in 2018. The film however, failed to impress critics and audiences alike. Aayush will be seen again on the big screen opposite Katrina Kaif’s sister Isabelle Kaif in Karan Lalit Butani’s Kwatha. Aayush will play the role of an Army officer in the film that is inspired by real-life events.