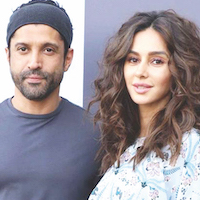 Shibani Dandekar praised beau and actor Farhan Akhtar and cheered him on for his latest venture, Toofan (now released on Amazon Prime Video). 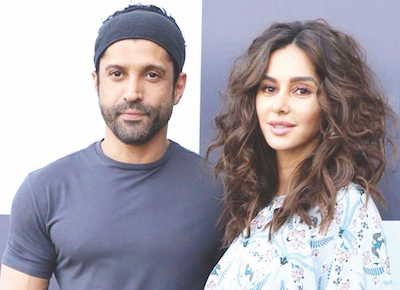 Shibani took to her Instagram handle to give a shout-out to Akhtar, lauding him for all the hard work he put in to get into the skin of the character Aziz Ali Boxer in his new release.

She posted a picture of the couple from the sets of the film Toofan and wrote, “Watching your journey so closely has been nothing short of a privilege. You went to unimaginable lengths to get into the skin of the character, you didn’t give up till you found his authentic voice, you took your mind to the darkest of places, and you tested your body every single day.”

She also mentioned how proud she is of Farhan and added, “There was blood, sweat, [there were] punches, literal blows but you hit back with persistence, endurance, grit, resilience. Slowly the lines blurred and you literally morphed into AJJU BHAI aka AZIZ ALI BOXER!”

Farhan, too, took to social media to respond to Shibani’s wishes and express his love for her. Shibani has been relentless in her promotion of the movie from the day it was announced.

Toofan has received a worldwide release on OTT platform Amazon Prime Video. The film is Farhan Akhtar’s and Rakeysh Omprakash Mehra’s second joint venture together. Both Akhtar and Mehra happen to be the film’s producers, as is Ritesh Sidhwani (Excel Entertainment).