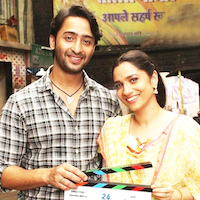 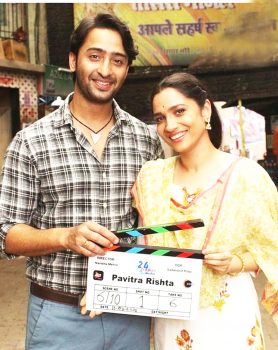 Rajput has been replaced by actor Shaheer Sheikh who will play the role of Manav Deshmukh while Ankita will continue to play her role as Archana.

Sushant Singh Rajput who was found dead under mysterious circumstances in his Mumbai apartment a year ago, had risen to fame playing the protagonist in this soap opera produced by Ekta Kapoor.

On Sunday, Ekta Kapoor’s digital platform AltBalaji announced the return of the much loved show with a new season and shared some pictures of the cast including Ankita Lokhande, Shaheer Sheikh, Usha Nadkarni (who played Savita Deshmukh), Asheema Vardaan and Randeep Rai from the first day of Pavitra Rishta 2’s shoot.

Ankita, who became a household name after the show was released 12 years ago, also shared a few pictures and videos on Instagram, one where she held the clapboard of “Pavitra Rishta”. She posted a caption along with her picture that read, “12 Years!! Ohh, Yes Yes It’s 12 Years Of Pavitra Rishta, Time Flies Really Quickly. With more than 66 Awards #Pavitrarishta remains to be one of the most loved shows on Indian Television. Here’s to 12 glorious years of this iconic show. Which not only gave me Archana but love all across the globe and made me who I’m today”