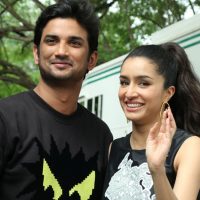 Sushant Singh Rajput died by suicide on June 14 leaving the entire nation and his fans in shock. His friends and admirers are still trying to process this reality. Tributes are being poured in for the actor on social media. Shraddha Kapoor who was his co-star from the film Chhichhore was one of the Bollywood celebrities at Sushant’s funeral. 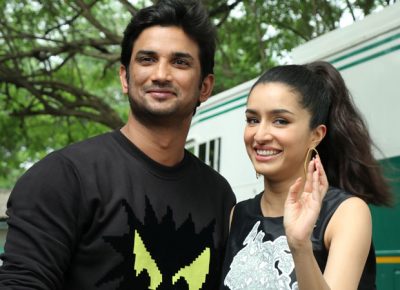 On Thursday, Shraddha took to Instagram to share a very heartwarming message remembering Sushant Singh Rajput. “Been trying to accept what has happened and coming to terms with it is very difficult. There is a huge void… Sushant…! Dearest Sush…! Full of humility, intelligence, curiosity about life, seeing beauty in everything, everywhere! He danced to his own tune! I always looked forward to seeing him on set, wondering what captivating interaction we would have next!,” she wrote.

Shraddha also shared a picture of him and Sushant which was a still from the film Chhichhore and a book gifted to her by Sushant. “Apart from being a wonderful co-actor who put his heart and soul into his work, he was at his core, an amazing person. He cared for people and wanted to see them happy. His kind smile, the conversations we had at shoot about the Cosmos, different philosophies, the moments we spent together, were filled with magical wonderment!,” she added.

“During a lovely musical and poetry filled get together at his home (he loved music and poetry), he showed me the moon from his telescope and I was so speechless that I could see it’s exquisite beauty up close!! He wanted to share that feeling! Our Chhichhore gang went to his beautiful home in Pavna, where we were awestruck together with the peace and calm of the nature around us – he loved nature! He saw things through a kaleidoscopic lens and wanted to share that with everyone around him. He was mesmerized by the simplest things and would muse on them in a genius way…! He was truly, One of a kind… I’ll miss you.. dearest Sush..Shine on…,” Shraddha further wrote.

Richa Chadha mourns Ali Fazal’s mother’s demise, promises to take care of her son
Now, you can make your own garam masala at home!