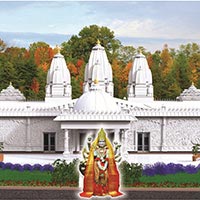 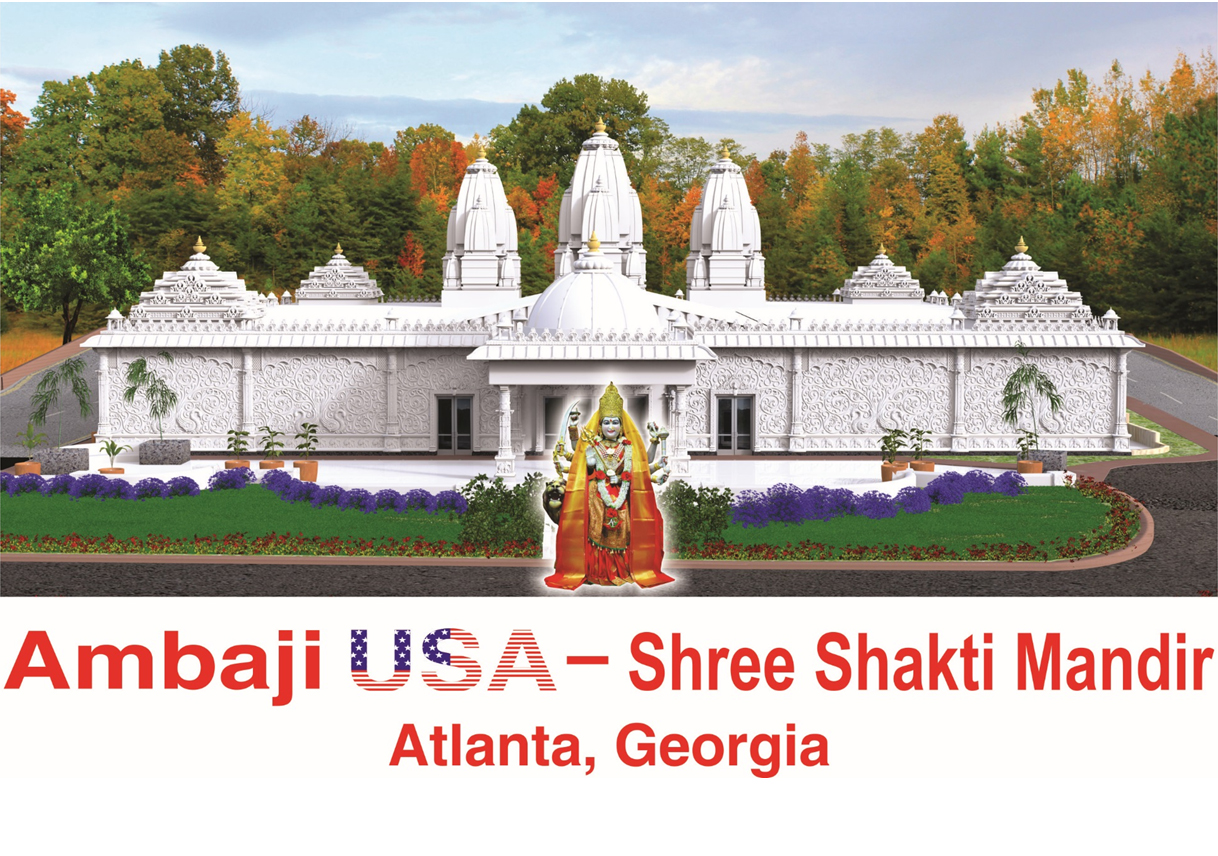 In 1990, Amba Maa’s group of dedicated devotees started by renting a space in a small shopping complex to create a unique area where the local Hindu community could go to as a place of worship. As the community grew in south Atlanta, the group acquired land and resources to build Shree Shakti Mandir aka Ambaji USA in Lake City, Georgia. On June 6, 1993, the dream was realized when Pran Pratistha was performed.

Weekly Saturday Satsang and spiritual lectures on Hinduism as well as educational teachings for our youth with an emphasis on Seva are all part of the Mandir’s activities. Furthermore, Shree Shakti Mandir- Ambaji USA provides a daily prasad in the mandir prasad gurh for all devotees. With the dedication of devotees, volunteers, management, and staff, Shree Shakti Mandir-Ambaji USA has developed into one of the most prestigious and most visited Mandirs in the southeast region. Devotees travel from all over the United States to take part in various religious events such as Navratri and spiritual kathas by spiritual leaders such as Morari Bapu and Bhaishri Rameshbhai Oza.

The increasing growth in population within the Hindu community brought about a need to expand, renovate, modernize, meet the aspirations of our new Hindu generation and to be able to better serve the devotees.Through careful planning and input from numerous Hindu gurus in India, a renovation plan was conceived and implemented. Starting June 20th, we will observe our 25th-anniversary celebration with a Bhagwat Katha orated by Sri Bhaishri Rameshbhai Oza. The celebration will be consummated with Rajat Jayanti Mahotsav and Punha Pran Pratishta pooja’s from June 25th through July 1st.

With the continuing and generous support of all devotees, Shree Shakti Mandir-Ambaji USA will continue to serve the Hindu community in the US for all future generations.