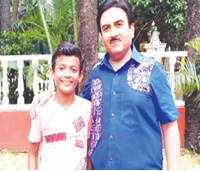 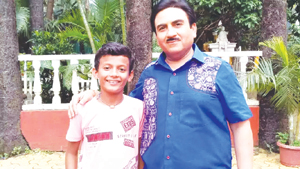 Taarak Mehta Ka Ooltah Chashmah is going to have a special show with director Pan Nalin and child artist Bhavin Rabari of the Gujarati movie Chhello Show to celebrate the success of the movie as India’s official entry to the 2023 Oscars. Being a great fan of the show, Bhavin will visit the sets with creator Asit Kumarr Modi and the team of Taarak Mehta Ka Ooltah Chashmah. The story of Chhello Show revolves around a nine-year-old Samay (played by Bhavin) who loves films and spends an entire summer watching films in a rundown movie palace. He wants to become a filmmaker. Unfortunately, he faces heartbreaking times.

The special episode shows Bhavin Rabari visiting the popular Gokuldham society and looking for Taarak Mehta, Anjali Mehta, Haathi Bhai, and others. He is thrilled to meet them, but they fail to identify him. Asit then tells everyone about the two visitors. Asit Kumarr Modi said that it is a part of their integration program with films. Chhello Show, translated as Last Film Show, is a significant development in the Gujarati entertainment industry. Its nomination for an Oscar is a well-deserved achievement.