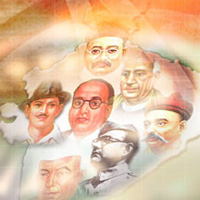 The Essence of Republic Day 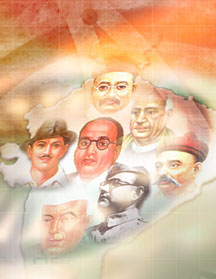 The essence behind the commemoration of Republic Day is not only to celebrate India’s secularism and democracy, but also to make us feel proud of our culture, many languages, social norms, traditions, customs, religions, strong sense of community, and the individual distinctiveness that makes India a wonderful multi-cultural country. It is this spirit, which makes us feel proud of our country’s achievements and make the celebration all the more interesting. This is the day when we come together and proudly identify ourselves as true Indians, and not as members of a particular religion or caste. This feeling is what makes this day a special one. It is a day, which emphasizes the fundamental rights to the citizens, equality of religion, and so on. The rich cultural heritage and tradition of India is reflected on this day.It is thus while citizens await the colorful pageantry and pomp associated with military parades and cultural displays that march down the Rajpath in the capital of New Delhi on Republic Day, it is also a time of national introspection. Republic Day marks the anniversary of the proclamation of the national charter of rights and code of governance, the constitution of India. Even so, there is no doubt that over the years a sizeable section of the population has remained unaffected by the development that has taken place in the country.

Fifty-eight years later, a time during which the Constitution has been amended 93 times, the idealistic dreams of the founding fathers of the Constitution lie in tatters even at the base of Mahatma Gandhi’s statue which graces the entrance to the nation’s Parliament. The idea of social justice has been trampled to death in a society characterized by massive disparities of wealth and opportunities as well as the transformation of the republic into one of the most corrupt nations in the world. Simultaneously, the nation’s over-active independent legal system has been emasculated by calculated neglect. India is a demoralized nation governed by hypocritical leaders. While it claims to be a leader in IT, science, and technology, the poor still have no access to primary education. It is a vicious circle – no education, no jobs and therefore, abject poverty. Consequently, the divide between rich and poor and the urban and rural is growing alarmingly. This insurmountable divide is a real threat to law and order in the country.

Again, no one can deny that the liberty of millions of citizens has been sharply curtailed in several parts of the country where small but persistent civil insurgencies refuse to be quelled. The status of Kashmir remains unresolved five decades after India and Pakistan attained independence following a bloody partition. Several militant insurrections are aflame in the northeast, and a Maoist militant movement has persisted in substantial parts of India for several decades. Similarly, the ideal of equality of status and opportunity has been shattered by the crystallization of two nations within the Indian landmass. One on hand, the prosperous, resurgent urban India and on the other, a dirt-poor rural Bharat wallowing in mass illiteracy, hunger, and disease as well as pernicious class, caste and gender discrimination.

In looking at the current state of matters, there is no doubt that ministers, bureaucrats, and all political parties failed to play their part and took advantage of the responsibility entrusted to them, but still, the common man cannot be totally absolved in this regard. After all, the citizens of India elect their representatives to parliament every five years, and it is expected that they exercise some discretion while applying their basic democratic rights to send individuals who can try to make a different to the ruling sphere.

Despite this, the situation has not gotten out of hand, as it might seem. India is regarded as the next super power in global terms, as a country which has displayed enormous capability and potential in the field of economic development, science and technology, and international relations. India has it within her to become one of the most prosperous states of the world, provided there is a consensus among political parties to work towards the wholesome development of the country.

Nearly 60 years after the drafting of the constitution, the time has come and the need is real to take a fresh look, make a new road map for national development in every regard. We must create a new a new vision and work towards a new mission to wipe off every tear from every eye, to bring justice and equality to every Indian, and to eradicate poverty, discrimination and maltreatment from all levels of the society. It is only then that the true essence and actual meaning of Republic day will return.