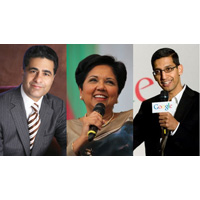 The Rise of Indian Americans

The real news is not that Asians have over taken Hispanics in terms of quantity, but rather that Asian Americans are surpassing many ethnic groups and typical US households in several fields.

Many in the Indian media in the United States as well as around the world appear to have missed the fact that the study notes that Indians lead in many fields by a wide margin. While it is important to take notice of some of the data (how one out of five South Asian-Americans lack health insurance and one out of every three Bangladesh is in New York lives in poverty), it is equally important to highlight the many positives our community has achieved.

Interestingly, among Asian-American newlyweds, Indians have the lowest rate of inter marriage. Some may believe that this data supports the fact that Indians are not open to adopting other cultures. However, respecting other cultures and marrying into a different culture are two different things that cannot be compared.

Shockingly, only three-in-ten Indian Americans (29%) say it is very important to them that future generation of Indians living in this country speak Hindi or another Indian language. It is tragic that more Indian Americans do not place an importance of learning their native language.

While data may be very scientific, statistics certainly help us understand and define human behavior. In looking at the data from the charts provided by the Pew Research Center, it is easy to understand why Indian children are doing so well in so many different fields, whether through the spelling bee, geography bee, or simply by being at the top of their class. Similarly, Indian adults are not only successful entrepreneurs, but they also excel in the realm of business and even in the political field.

The data and charts noted in this article are courtesy of the Pew Research Center.

About Pew Research Center: Pew Research Center is a nonpartisan fact tank that provides information on the issues, attitudes and trends shaping America and the world. The center conducts public opinion polling, demographic studies, media content analysis and other empirical social science research. It does not take positions on policy issues. It is a subsidiary of The Pew Charitable Trusts, its primary funder. View the full report, along with  interactive maps and an info graphic of key findings, athttp://www.pewsocialtrends.org/asianamericans.

Reshaping Destiny with Swami Swaroopananda
Valedictorians and Salutatorians, Class of 2012