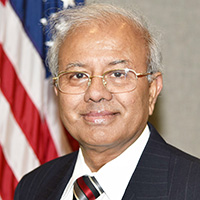 The Role of Nixon-Kissinger in the 1971 Pakistani War Crimes Against Bangladesh By Dr. Nuran Nabi 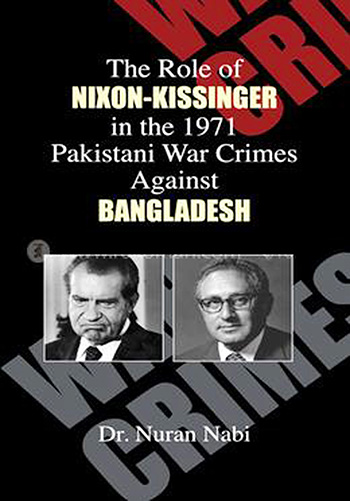 The book, The Role of Nixon-Kissinger in the 1971 Pakistani War Crimes Against Bangladesh by Dr. Nuran Nabi  details the role played by the USA, Soviet Union, China, India and Pakistan during the Bangladesh liberation war. In particular, the story of why Nixon and Kissinger opposed the independence of Bangladesh, why they did not condemn the war crimes of Pakistanis in Bangladesh, why they did not take any initiative to stop war crimes, why these two leaders got angry after receiving the famous “Blood Telegram” of American Consul General in Dhaka.

Nixon and Kissinger have opposed Bangladesh’s independence since the beginning of the Liberation War. They have shamelessly supported the war crimes of Pakistanis such as genocide, rape, arson, creating refugee problem in Bangladesh.

On the night of March 25, 1971, the Pakistani army launched a vicious attack on the unarmed Bengalis, starting genocide.  US State Department Consul General Archer Blood based in Dhaka was shocked to learn of the news of the massacre. He sent the details of the genocide to the US State Department in two confidential telegrams known as “Selective Genocide” and “Blood Telegraph”. Nixon and Kissinger took these telegrams personally and considered that they were a challenge to openly oppose the government policy. The two leaders were so angry with Mr. Blood that they decided to transfer him from Dhaka overnight.

Apart from training the freedom fighters, India also helped with arms and ammunition and sheltered ten million refugees. Without India’s help and sympathy, millions of refugees would have died of starvation and disease. India recognizes the Provisional Government of Bangladesh, spreads the news of the genocide of the Pakistani army in the Indian media and informs the world about their misdeeds, rapes, and arsons. India actively strives to create world opinion in favor of Bangladesh’s independence.

Indian Prime Minister Indira Gandhi met several world leaders including the Soviet Union, France and the United Kingdom. All of them strongly condemned the genocide, rape and deportation of Pakistanis and supported Bangladesh’s war of independence. But all the leaders except the Soviet Union heads were too cowardly to speak against the US. Prime Minister Indira Gandhi’s attempt was unsuccessful because the US leaders had a vested interest.

After the meeting with Prime Minister Indira Gandhi, President Nixon denounced Indira Gandhi to Kissinger in such vulgar language that it could not be published in print. The next day Kissinger told Nixon: ‘The Indians are bastards anyway.’ On his return, during a meeting of the National Security Council, Nixon continued his India bashing. The Indians, he noted, are ‘slippery, treacherous people.’

The support and cooperation of Prime Minister Indira Gandhi, the Government of India, and the people of India for Bangladesh was unparalleled. Bangladesh will forever remember the help of Indira Gandhi and India with gratitude.

On the other hand, the blind support of Nixon and Kissinger to General Yahya Khan, the Pakistani military ruler, was to establish a diplomatic relationship with China through secret mediation. These two leaders in power were more concerned with their desired ambitions. They had no sense of responsibility for the war crimes of the Pakistanis in Bangladesh. They turned their eyes away from this issue. They became supporters of the misdeeds of the Pakistanis for their personal gain.

With the support of Nixon-Kissinger, Yahya Khan committed war crimes in Bangladesh. Bengalis are being killed especially with American weapons. The Nixon administration is secretly supplying American weapons to the Pakistani military, despite sanctions by the United States Congress. That was illegal and unjust.

Just before the fall of Dhaka, Nixon-Kissinger made the last move to prevent Pakistan’s defeat. America sends the 7th Fleet to the Bay of Bengal. The US “7th fleet” consisted of the USS Enterprise, at 75,000 ton, the world’s largest nuclear powered aircraft carrier with more than 70 fighters and bombers , guided missile cruiser USS King, guided missile destroyers USS Decatur, Parsons and Tartar Sam, and amphibious assault ship USS Tripoli. Synchronizing with the US, UK naval group led by the aircraft carrier HMS Eagle with commando carrier HMS Albion, several destroyers and other ships were approaching India’s territorial waters from the west. Caught between the British and the American ships was the Indian Navy’s Eastern Fleet, led by the 20,000-ton aircraft carrier, Vikrant, with barely 20 light fighter aircrafts.