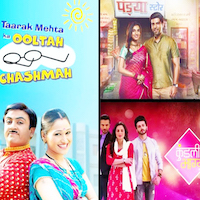 There are some new entries, some changes in position, and some higher or lower scores. 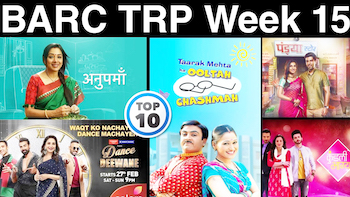 1. Anupama, the famous serial of Hotstar OTT and a story about female empowerment, has been successful in retaining its number one position. With its score of 48.0, Anupama – once again topping the list – is way ahead of the second serial.

2. Second place goes to Taarak Mehta Ka Ooltah Chashmah of SonyLiv, whose score is 35.0. This time, the comedy serial Taarak Mehta has made it to the top-10 A-list.

3. Star Plus’ (HotStar’s) famous serial Yeh Rishta Kya Kehlata Hai has won third place, with a score of 33.0. This is quite close to Taarak Mehta’s score.

5. Choti Sardarni of Voot.com has a score of 30.0 and is ranked fifth.

6. Ghum Hai Kisi Ke Pyaar Mein of Hotstar is the sixth-place serial, holding a score of 29.0.

7. Seventh place is held by Jijaji Chhat Par Koi Hai of SonyLiv, with a score of 27.0.

8. Mann Ki Awaaz Pratigya 2 of Hotstar holds eighth place, with a score of 25.0.

10. Tenth place in the TRP ranking listing the top ten serials has been given to Kyun Utthe Dil Chhod Aaye of SonyLiv, with a score of 18.0.

Post Views: 401
Mahalaya celebrations by BAGA
The Merger of Zee TV and Sony Entertainment in India