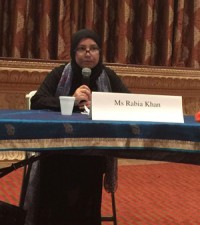 Traditional Roles of Women in Islam 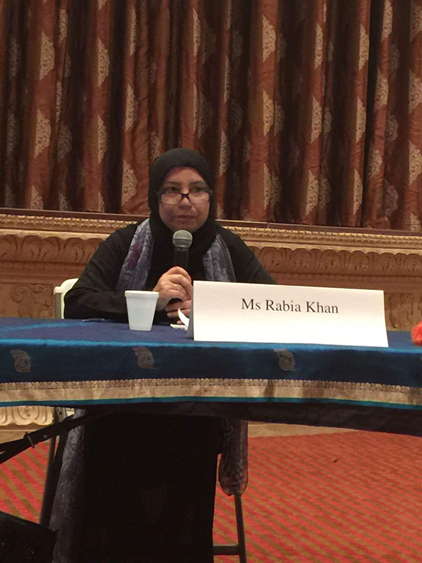 Ms. Rabia Khan spoke about the traditional roles of Muslim women. Speeches by other presenters will be featured in future issues of Desh-Videsh. 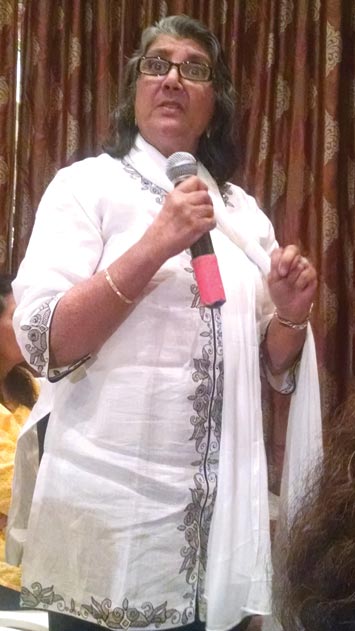 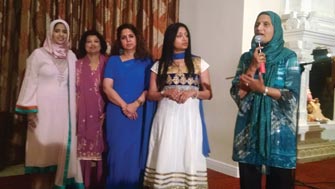 Islam holds men and women both responsible for bringing positive change in the society. The Quran says: “The believing men and believing women are allies of one another. They enjoin what is right and forbid what is wrong and establish prayer and give charity and obey Allah and his messenger. Those, Allah will have mercy upon them. Indeed Allah is exalted in Might and Wise. Allah has promised the believing men and believing women gardens beneath which rivers flow, wherein they abide eternally, and pleasant dwellings in gardens of perpetual residence; but approval from Allah is greater. It is that which is the great attainment.” (9:71-72)

In these verses God mentions men and women together to join the good and remove evils from their society; rewards of doing this noble effort are the same for men and women. The Quran pays special attention to the issues of women. From the very beginning, the Quran focused on the rights of women, orphans and slaves. It discussed the issue of female infanticide as one of the most unjust acts of Arab society. Prophet Mohammad himself had four daughters and he told his followers that whosoever is kind to his daughters, educates them, and raises them with kindness and generosity will be in the presence of God on the Day of Judgment.

From early Islamic era, women have been educators, leaders, business owners, philanthropists, and founders of educational institutions that serve until today.  Despite the presence of numerous texts from the Quran and Hadith (Sayings of the Prophets), Muslim women do suffer domestic abuse and violence. Ignorance of religious texts and cultural practices deprive women of their liberty and exercising their freedom. There are even situations where men use religious texts as a form of social control to abuse women. Because of this Muslim community has realized that if women’s issues are not discussed, they will have to deal with grave consequences. Mosques in North America and Canada are organizing seminars to train members of the community to deal with these issues. Most mosques take these problems seriously and try their best to provide needed support and seek help through state and local services. Fortunately enough, there is an emerging awareness on the rights of women as more and more Muslims are exposed to such instances. Many mosques are actively engaged in intra community dialogue to educate them on women’s rights and family counseling. National organizations organize Imam training programs to educate the religious leadership on domestic violence. Muslim men are also an integral part of this effort. There are challenges facing Muslim women, but a younger generation of better trained leaders is also prepared to educate the community and actively engages women in Islamic centers so that community can benefit from their services. Women support groups are playing an active role to fill the void of spiritual support that sometimes is missing in regular support groups.

In North America, Muslim women are taking active positions in organizations that work nation-wide. The emergence of Muslim leadership amongst women is very much appreciated by people in the community and has achieved success. Women find mosques and shelters run by Muslim organizations as a sanctuary. These shelters are supported by the community wholeheartedly. Muslim women should remain faithful in times of trial because only faith and reliance on God can give them the strength to deal with challenges in life.

Women and Interfaith Dialogue in South Florida
Resistant Starches: How Eating Carbs Can Help you Slim Down