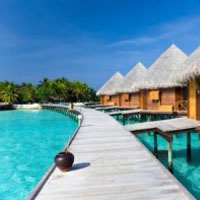 In general, when one speaks of Western India, the first place that comes to mind is Mumbai! Though the state of Gujarat often misses any mention, it offers a wide variety of must-see places that can mesmerize any traveler coming from any part of the world.

For many non-resident Indians, however, it is basically homecoming as Gujaratis comprise the biggest community of expatriate Indians all over the world. For many visitors, including younger generations, the state has much to offer. Acclaimed mainly as the birthplace of Mahatma Gandhi, Gujarat has a long history. The land of the Gurjars, this place is said to have been the seat of Indian civilization nearly 5,000 years ago. Even in more recent times, Gujarat has always remained in the hot seat for its varied manifestations of culture, religion, trade, and business.

A trip to Gujarat should begin with the capital city of Ahmedabad. Located on both sides of the Sabarmati River, the city is connected by way of five bridges: Gandhi, Nehru, Subhash, Sardar and Ellis. Lodging options in the city, also known as the Manchester of the East by virtue of the extent of textile industries in the region, are plenty ranging from super luxury hotels to economy dharamsalas. Sight-seeing trips around the city need to be carefully planned, as there are many places to visit. One sight to see is the Bhadra Fort, which was once the palace of Ahmad Shah and Azaam Khan, and has now been converted into the State Government Office. It is characterized by the Bhadrakali Temple and the Watch Tower. Shahibag Palace is another palace that has been converted into a Government Bureau. Other sights to see include the 37 feet high Teen Durwaza, made by Ahmad Shah in order to properly observe royal parades, the Sidi Syed Zaali Masjid, whose fine marble work at the windows is no short of any marvel, and the Jama Masjid, which is an integration of Jain and Muslim architecture and comprises of the tombs of Sultan Ahmed Shah and his family. In Ahmedabad, a visitor should not miss the Hatisingh Jain Mandir, Swami Narayan Temple, Gita Mandir, and the twin Shaking Towers , the latter being an architectural wonder where fantasy and myth merges making the towers shake without any fundamental logic. However, one of the main attractions of Ahmedabad is certainly the Sabarmati Ashram of Mahatma Gandhi, located across Ellis Bridge. The seat of many of Gandhiji’s activities and an important landmark in the history of India’s struggle for independence, this ashram has several attractions like Gandhi Museum, the Light and Sound Show, and many others. For lovers of lake and bodies of water, a trip towards the periphery of the city would result in getting to Kankaria Lake complex with the Moghul summer resort, Naginawahi at the middle of the lake, a zoo, bird sanctuary, boat club and entertainment spots. Another lake to see is the Chandola, which is located 1.8 miles south-east of the city.

Another important destination in Gujarat is the City of Gardens, Vadodara, built upon the banks of Vishwamitra River. At the heart of the city lies the Sursagar Lake which offers a fascinating view at night. The lake also has boating facilities. On the banks of the lake is the Nyay Mandir or District Court. Another attraction central to the city is the Sawaji Bagh. This park hosts a number of entertainment facilities that includes toy train, zoo, Vadodara Museum, Art gallery and the Sardar Patel Planetarium. Lakshmibilas Palace is the residence of the royal family, however has its doors are currently closed to the general public. The armory collection of the palace and the Maharaja Fateh Singh Museum are highly accessible. The latter has a collection of acclaimed paintings from all over the world. Another attraction within palace premises is the Kiirti Mandir, the museum of the royal family. The Shree Sawaji Sarobar is a lake situated 16 miles away from the city. The lake is made more beautiful by the presence of the Ajwa- Brindavan Pattern Garden where a series of colorful fountains and well-kept flora adds magic to the ambience, especially after sunset.

The old city of Junagarh is located nearly 210 miles away from Ahmedabad. Junagarh, or Old Fort, is the main attraction. Junagarh Fort was built in the 10th century at the Upaarkot Hill and this is the citadel of the Rajpur Kings. A main point of visit in this fort is the Bauri or the well, which can be seen after going down 127 steps. The fort has many caves and some were built during the time of King Ashoka. The Jami Masjid, which was developed on the Rajput’s Hindu temple, still stands strong. Another attraction of Junagarh is the Solapuri, the crematorium which is surrounded by picturesque gardens and a serene ambience. Ashoka’s Stone engravings, which contain the emperor’s directions to his subjects in Pali language, were built in 250 BC. The Rajeshwari temple attracts many religious devotees all year round, and the Damodar Kund is located just beside the temple. In the centre of the city lies the Royal Palace, Rang Mahal, which has separate rooms for 800 dogs and the Mahabat Makbara, a royal graveyard with doors made of silver. Nearly 1.2 miles away from the Damodar Kund is Girnar Hill, a revered place for Jains. One has to scale 9,999 steps to climb the hill and get a view of the Amba temple, Neminath Temple and many such religiously important spots.
For lovers of jungle life, Gir offers an ideal location and is located 45 miles away from Junagarh. Famous for lions, Gir’s lion sanctuary attracts thousands of visitors every day as it has around 300 lions in the 552 square mile area. Apart from the lions, there are cheetah, panthers, hyenas, cheetals, wild boars, sambars, antelope, and chinkara deer. It is highly advised to undertake a guided tour of the Gir for a wonderful view of the lions who are scattered all over the jungle. Apart from the lion sanctuary, the recently developed Crocodile Reserve at Kamleshwar Lake is also gaining in popularity.

A highly remarkable place and major tourist attraction in Gujarat is indeed Somnath. Only 31 miles away from Gir, the temple town of Somnath is located on the banks of Arabian Sea. Built around Somnath Temple, the origin is said to be during the “Ramayana” ages. The temple of Somnath has been plundered several times by foreign invaders. The present sandstone structure of the temple was built in 1950 over the existing Bhrahmashiila and named Mahameru. The deity is the Shivalinga and Someshwar Mahadeva. Apart from this main temple, there are many other small and medium sized temples, but the original temples of hundreds of years ago are not found in decent shape. These include the Old Temple, Parvati Temple, Hameerji Lathiyar Devi Temple, and Chandraprabha Jain Temple. Further away from the main temple and across the palm groves are the Sankaracharya Temple, Surya Temple, and Pravash Tirth, where River Saraswati, Kapila and Hiranya meet to form a sangam which is said to be a very sacred place to bathe. At the end of all these is the Geeta Bhavan, and mythology states this place to be the one where Lord Krishna was struck by an arrow and finally succumbed to his wounds.

Dwarka, the place of Lord Krishna’s birth, is one of the greatest pilgrimages of Hindus all over the world. Nearly 155 miles away from Somnath and accessible from the rest of Gujarat by rail and road, Dwarka is a very sacred place. It is said that the original kingdom of Dwarka where Lord Krishna lived has sunk deep into the sea. Located on the banks of the Gomati River which flows through Dwarka is the Ranchodji Temple, the worshipped deity is Lord Krishna. A very beautiful structure of sandstone and granite, this temple is built upon monolithic pillars. The temple complex has several images of Hindu gods and goddesses and is central to the town. In the walled island within the Gomti River are the Krishna Mandir and the Gomti Devi Temple. A little distant is the Narayan Sangam, the confluence of Gomti and the Sea. Other temples of mention in Dwarka are the Lakshminarayn Temple, Rukmini Temple, Bhadrakali Temple, and Siddhewswar Mahadeva Temple.

Porbandar, located 76 miles from Somnath, is an important port in Gujarat with historical importance. This place has gained more fame as the birthplace of Mahatma Gandhi. Today, it is also a reputed industrial city with chemicals, cement, and textile industries. The house where Gandhiji was born has been preserved very carefully and named Kirti Mandir. His birthplace, reading room, and bedroom, have all been maintained with the real furniture and fittings intact. Located around the Kirti Mandir are various museums, libraries, and galleries, all of which cater to the life and works of the father of the Nation. The city of Porbandar has been developed on the banks of the Arabian Sea. The seashore is certainly a must-visit place, and one can make a trip into the Huzur Palace located in the sea shore. Other places of interest in Porbandar are the Sudama Palace and Temple, Bharat Temple, and the Nehru Planetarium. Barda Sanctuary, 124 miles away from Porbandar, can be an added attraction with its range of panthers, antelope, and sambar deers.

Kutch is another place of interest for the tourists A confluence of the Desert and the Sea, Kutch is basically a part of the Thar desert. However, during the monsoon, the sea waters flow into the area and convert it into a virtual island on the sea. In the winters, the place is a seat for various types of migratory birds from different parts of the world. Kutch also has the only wild donkey sanctuary of the world. The capital of Kutch is Bhuj, and this city made headlines recently due to the shattering earthquakes that killed thousands. Parts of Bhuj resemble what life in the 15th or 16th century must have been like. There is an eerie ancientism felt in those regions. In the main town, a sterling attraction is the Kutch Museum. This oldest museum of Gujarat has a wide range of collections that is not only fascinating, but also unique. Then, there is the Royal Palace of Rao Pragmaljee, which boasts of a wooden structure fitted with ebony, the Aina Mahal at the Maharao Palace, where lighting a single bulb reflects hundred thousand reflections through the mirrors present in the building, and Maharao Sinh Madansinhji Museum in the same Palace.

Apart from these places of primary attraction in Gujarat, one can also visit the cities of Surat, Jamnagar, and Rajkot, all of which have something special to offer to tourists. Overall, it is very difficult to describe the appeal of Gujarat as a tourist destination in such a limited space. The state has temples, palaces, hills, deserts, religious places of importance for Hiudus, Muslims and Jains, seas, and lakes, all of which are a tourist’s delight! So, the next time you are in India, Gujarat must be on the list!

December 2006
The Wedding that Surpassed Fantasy