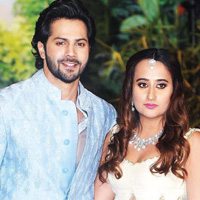 Kareena Kapoor, the current host of popular chat show What Women Want, recently gushed over how Varun Dhawan is set to tie the knot with long-time girlfriend Natasha Dalal in 2021. She also introduced Natasha Dalal on her show as “Varun’s fiancée” and stated that the two were officially engaged. 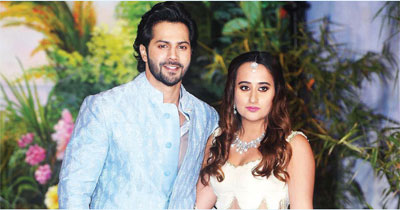 Varun, however, had a different opinion and he reportedly went on record saying that there has been no formal engagement ceremony and when people are in a long term relationship, such statements are taken for granted. He also clarified that he and Natasha were in a long term, serious and committed relationship, and he had no doubts that she was his life partner. However there has been no formal engagement ceremony according to the actor. Varun also said that Kareena calling Natasha his “fiancée” was absolutely okay as both Natasha and Varun are deeply committed to each other!

The actor who has starred in movies Judwaa, Student of the Year, Badlapur, and others, is amongst the hottest lead actors of Bollywood. He was also in the news for the nepotism controversy that involved Alia Bhatt, Siddharth Kapur and Karan Johar. On the work front, Varun is anticipating the release of the classic Govinda David Dhavan hit Coolie No 1. The current version of the cult classic movie stars Varun Dhavan, Sara Ali Khan, and Paresh Rawal in titular roles.

Varun negates any soon to be wedding plans saying that there had been a recent death in the family. The COVID-19 pandemic has also made the couple stall their wedding plans. The actor assures his fans that he will keep them informed of any major announcement about his personal and professional life.

Student of the Year