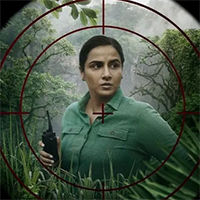 Vidya Balan Gets Huge Praise for her Role in ‘Sherni’ 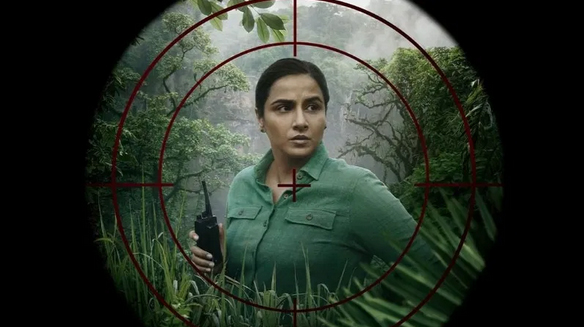 The trailer generated much interest early on. Directed by Amit Masurkar (who directed the film Newton starring Raj Kumar Rao), the film is based on tiger conservation, and Vidya plays the role of a Divisional Forest Officer. The film revolves around the challenges she faces in fulfilling her responsibilities.

Sherni also stars Sharat Saxena, Vijay Raaz, Neeraj Kabi, Ila Arun and others. Viewers have highly applauded the excellent storyline, beautiful cinematography, and superb acting performances. According to actor Neeraj Kabi, it was the completion of his trilogy of acting with exceptionally talented lead actresses. Previously he acted with Rani Mukherjee in Hichki and Shefali Shah in Once Again. Therefore, he was keen on working with the super talented Vidya Balan, and completed his trilogy. He also praised director Amit Masurkar.

Vidya’s co-stars in Bollywood also highly appreciated her acting. Leading among them is Katrina Kaif, who took to her social media to say that it was a great joy to watch Vidya. She also acclaimed director Amit Masurkar. Actor Randeep Hooda also showered his praise on the blockbuster performance of Vidya and the brilliant work of the director.

Not only celebrities, but viewers also liked the film very much. According to the netizens, the film is a must-watch, especially for the performance of Vidya Balan.