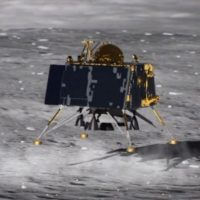 Indian Space Research Organisation (ISRO) might soon be able to find some answers as to the location of its Chandrayaan-2’s Moon lander Vikram with the help of NASA. All communications with the Vikram were lost during its landing attempt on the Moon on September 7. 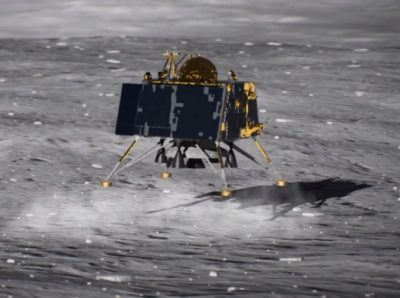 The US space agency National Aeronautics and Space Administration (NASA) has made fresh attempts to locate the Vikram Lander using Lunar Reconnaissance Orbiter (LRO). According to LRO Project Scientist Noah Petro, the LRO has taken a fresh set of images of the area where Vikram attempted landing. “The lighting conditions on Monday (October 14) were much more favourable, (with) less shadow in the region,” Petro told news agency IANS on October 16.

This was NASA’s second attempt to help find India’s moon lander Vikram. Earlier, the scientists were not able to spot Vikram during LRO’s last flyover on September 17. While it was able to take some photos of the site, no answers could be found due to unfavorable lighting conditions and the presence of shadows in the south polar region of the Moon. NASA had assured that it would attempt to capture better images of the site once again during LRO’s next flyover.

NASA will release the new images after a careful evaluation. In his statement, Petro added, “We flew over the landing site on Monday and the camera team is still evaluating images, so we should know more in the next few days.”

“This is a large area, we don’t know exactly where we have to look. So it will take some time to search the images because we are looking over a very, very large area,” he added.

Petro also revealed that LRO will once again fly over the Vikram’s attempted landing site on November 10, and attempt to capture more photos. The scientist is certain that the conditions will be much more favorable once again then.