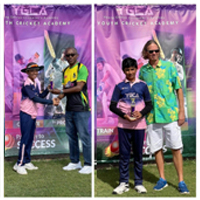 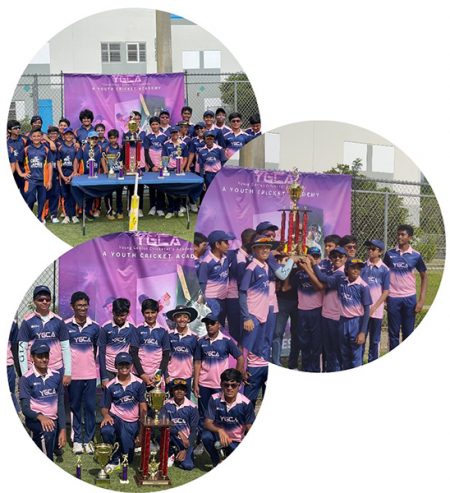 Imagine yourself living somewhere amidst the culturally diverse yet closely knit tri-county of Miami-Dade, Broward, and Palm Beach, in the sunshine state — where outdoor sports can be played all year round. Imagine again, that you live not too far from the one and only internationally acclaimed cricket stadium in the continental USA. Imagine listening to the drum rolls, riding the Mexican waves in a frenzied crowd of thousands, and feeling the euphoria when two of the most populous cricketing nations of the world display their superlative talents on a lush green carpet that is laid out at our own Central Broward Regional Park (CBRP) cricket stadium! The proximity to the Caribbean islands and the relentless followers from the Indian-subcontinent origin are determinants to the steady growth of the followers of the game of bat and ball and wickets. The din and bustle of the game of cricket is assuringly palpable right here in South Florida – a place that we have so affectionately called home.

Cricket is experiencing a dramatic rise in stature in our country, which has only accelerated at a blitzkrieg pace in the latter half of the last decade. The World Cup of the T20 format of cricket is going to be co-hosted between the USA and the West Indies in 2024, and the USA is participating! A professional Minor League Cricket (MiLC) format had its first successful year in 2021 and is poised to take off on its second stint later this year. International cricket franchises are buying teams in the USA to get ready for the inaugural Major League Cricket (MLC) season here in the USA – positioned to replicate the Indian Premier League (IPL). A national level MLC Junior championship that many look upon as a pipeline builder of young cricketing talent for the MLC is in its second successful year. There is no better time to participate in and witness the stellar growth of the game of cricket in the United States.

There are at least four official South Florida cricket leagues that engage more than 40 teams to play competitive cricket all year round. Interestingly enough, we do not see much, if any, of our youth playing cricket. The distinct lack of youth participation in cricket in South Florida is stark, especially during current times when the future of cricket in the USA is at its brightest. Contrary to South Florida, other states and cities have steadily grown their infrastructure and opportunities for youth cricket. Places like Houston, Dallas, Raleigh, Seattle, and the Bay area counties, are replete with youth academies where the standard of the infrastructure and quality of coaches coupled with the richness of the training programs have attracted youths in hundreds. Cricket is taught seven days a week in state-of-the-art indoor facilities by top-ranked coaches in the country. Such academies have started earning dividends as they have already started winning top spots in the national championships. While it is true that South Floridians may have woken up to a late apocalypse, the best we can do for our next generation is to act with a sense of urgency instead of indulging in myriad levels of procrastination.

Young Genius Cricketer’s Academy (YGCA) is a youth cricket academy right in the heart of South Florida. YGCA is born out of the distinct need for us to foster the development of cricket as a mainstream sport for our next generation. Formed in June 2021, the vision and mission of YGCA is to provide state-of-the art infrastructure, professional coaches, and consistency in high cricketing standards to our youth so that they can not only learn and enjoy the game of cricket, but they can also perform in national tournaments and get the experience and exposure to compete with and become the very best in the country. YGCA operates from our CBRP cricket stadium. Every Saturday morning, you will get to see boys and girls, primarily between the ages  of 8 and 15 years old, put on their YGCA jerseys and train the entire morning. For students with advanced skills, the academy has a high-performance coaching (HPC) program that focuses on more targeted and advanced skill development. The academy is growing steadily as the word is spreading across our community. The current count of students is around thirty. The academy categorizes the students not only by their age groups, which currently supports children under 11 (U11), under 13 (U13), and under 15 (U15), but also by their skill levels. While our students are thoroughly enjoying the learning process and the exposure that they are getting in national tournaments, they are also making friends and building social groups through which they keep the local buzz of cricket ringing loud and clear. 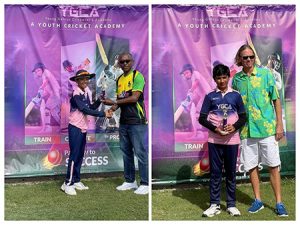 Recently, YGCA organized its first tournament in South Florida. The tournament invited a team from New Jersey, Criclanes, to play a three-match series between April 20th and 23rd. The tournament was a great success. YGCA not only won the series 2–0 and were crowned the champions, but they also ensured that the rolling trophy was kept at home for this year. The tournament was played in the U15 category. The “Best Batsman” and the “Best Bowler” of the tournament went to Ishaan Doipodhe and Yash Gohel from Criclanes. Although the “Man of the Match” for the first game was won by Om Soni from Criclanes, Pranav Narayan and Aaditya Mitra, both from YGCA, won the “Man of Match” awards for the second and final game, respectively.

Jeff Miller, the COO of both the Jamaica Tallawahs cricket team and the Fort Lauderdale Lions MiLC team, and one of the most prominent cricketing figures in South Florida, was the chief guest in the awards distribution ceremony. Wayne Tobey, Director of Sports & Recreation for the City of Coconut Creek, was the guest of honor. YGCA was privileged to receive the support of Miller and Tobey while their inspiring words for our youth indeed gave these students the added impetus to pursue their passion for the game. This year, YGCA is participating in the MLC Jr. Championship in the age categories of U13 and U15.

Our teams will be traveling nationally to play a minimum of 17 games between the months of May through September. YGCA will also be participating in the National Youth Cricket League (NYCL) during the month of July. There is more cricket to look forward to than we may be able to comprehend.

There are not many places in the country where you can experience the sound of the willow or smell of the red cherry (cricket ball) on a beautiful mid-December Sunday as we can here in South Florida. We have the distinct privilege of being able to play cricket in all four seasons. The day will be a dream come true when we will get to hear the cracking sound of the willow or witness the bowling wizardry from some of our own youths from South Florida and see them at the national and the international stages.

If there is one thing that we can request from our local community, it would be to help spread the word about YGCA and ensure that the information is shared in the deepest pockets of our community. 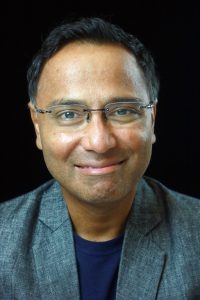 Tilak Mitra is a resident of South Florida where he has been living with his wife and son for more than two decades. Tilak has been playing first division cricket in South Florida since 2003 and is the captain of a top-performing cricket team in the league. He is the co-founder of YGCA and is the brain behind the initiative of fostering youth cricket in South Florida. Tilak works at Amazon as a Digital Transformation Officer. He is the author of multiple books in his field of systems architectures and methodologies.