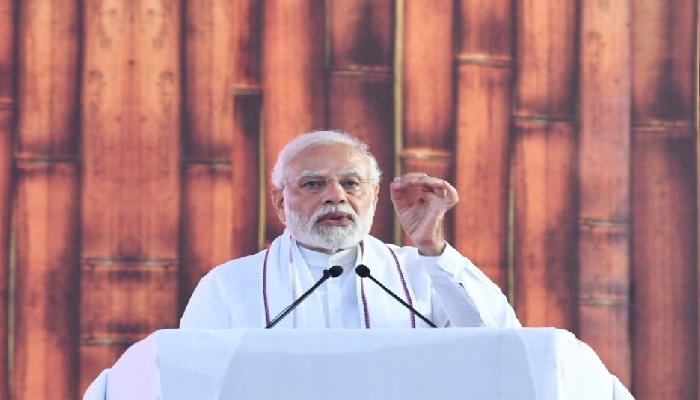 On the occasion of the 8th International Day of Yoga (IDY), Prime Minister Narendra Modi joined thousands of people in a mass yoga session at the Mysore Palace Ground in Mysuru, Karnataka.

Addressing the gathering, PM Modi stated that yogic energy, which has been cultivated for millennia by India’s spiritual hubs such as Mysuru, is now guiding world health.

“Yoga has now become a global festival. Yoga is not only for any individual, but for the entire humanity. Therefore, this time the theme of International Day of Yoga is – Yoga for humanity,” he added.

Prime Minister Modi also expressed gratitude to the United Nations and other countries for bringing this theme to a worldwide audience.

The yoga demonstration by the Prime Minister in Mysore coincided with the Azadi Ka Amrit Mahotsav, which saw Union Ministers lead IDY celebrations at 75 Iconic sites across the country. “The experience of collective yoga at the historical sites of India is like tying together India’s past, India’s diversity, and India’s expansion,” Prime Minister Modi pointed out.

PM Modi’s yoga event in Mysuru was also a part of the unique “Guardian Yoga Ring,” which is a joint exercise involving 79 nations and United Nations organizations, as well as Indian Missions throughout the world, to demonstrate Yoga’s unifying potential that transcends national borders.