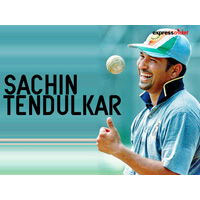 A Glimpse of Sachin Tendulkar In the Words of Fellow Cricketers 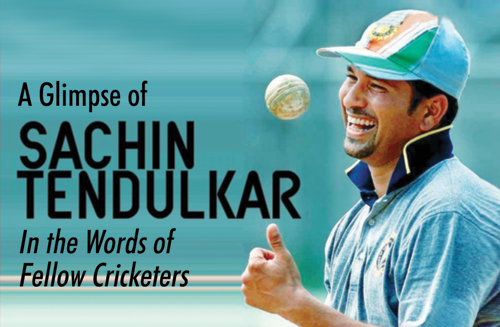 “In an over I can bowl six different balls. But then Sachin looks at me with a sort of gentle arrogance down the pitch as if to say ‘Can you bowl me another one?’”
– Adam John Hollioake
(England Cricketer)

“There are 2 kinds of batsmen in the world. One Sachin Tendulkar. Two all the others.”
– Andy Flower
(Zimbabwe Cricketer) 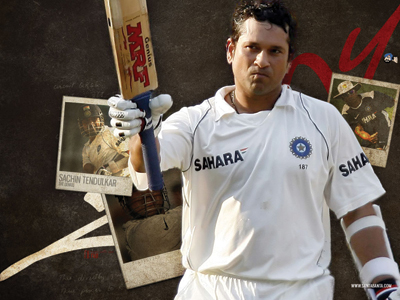 “You might pitch a ball on the off stump and think you have bowled a good ball and he walks across and hits it for two behind midwicket. His bat looks so heavy but he just waves it around like it’s a toothpick.”
– Brett Lee (Australian Cricketer)

“For me, the best batsman in the world is Sachin Tendulkar. I admire Jacques Kallis’ consistency and Ricky Ponting, with the purple patch he’s going though. Everybody gets 15 minutes of fame. But if there’s one person I’ve admired over a 15-year period, it’s definitely Sachin.”
– Brian Lara
(West Indian Cricketer)

“The only batsman i would love to see by paying for the tickets and sitting in the stand just to watch him is none other than Sachin Tendulkar.”
– Brian Lara
(West Indian Cricketer)

“He has been in form longer than some of our guys have been alive.”
– Daniel Vettori
(New Zealand Cricketer)

“You can never say that he is out of form. He is a volcano waiting to explode and we hope he doesn’t do that against us in the one-dayers.”
– Daryl Tuffey
(New Zealand Cricketer)

“If I’ve to bowl to Sachin, I’ll bowl with my helmet on. He hits the ball so hard”
– Dennis Lillee
(Australian Cricketer)

“I actually feel very embarrassed because I rejected him as a fast bowler. I think I did him and the game of cricket a favour”
– Dennis Lillee
(Australian Cricketer) 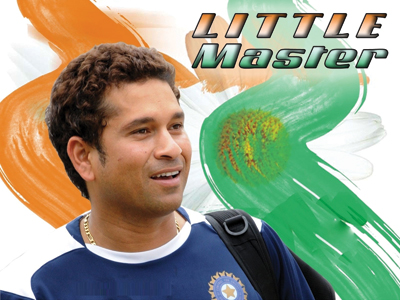 “In terms of technique and compactness, Tendulkar is the best”
– Desmond Haynes
(West Indian Cricketer)

“I saw him playing on television and was struck by his technique, so I asked my wife to come look at him. Now I never saw myself play, but I feel that this player is playing much the same as I used to play, and she looked at him on Television and said yes, there is a similarity between the two… his compactness, technique, stroke production… it all seemed to gel”
– Sir Donald George Bradman (Australian Cricketer)

“His wicket will be the biggest prize sought after by every bowler around the world. That has always been the case for batsmen who hold the mantle of ‘best in the world”
– Geoffrey Boycott
(England Cricketer)

“I’d like to see him go out and bat one day with a stump. I tell you, he’d do okay”
– Greg Chappell
(Australian Cricketer)

“Tendulkar is the most complete batsman I have stood behind. I saw the hundred in Perth on a bouncy pitch with Hughes, McDermott and Whitney gunning for him — he only had 60-odd when No 11 came in. I’ve seen him against Warne too”
– Ian Healy
(Australian Cricketer)

“Sachin’s better; Lara is more risky outside the off stump.”
– Mark Waugh (Australia)

“A flighted full toss on Leg stump by spinner. Any other will play this shot on leg side by pull shot or glance or flick. But Sachin made a space and played a perfect cover drive for four runs. The shot played on this ball is only possible for ‘God of Cricket.’”
– Martin Crowe (New Zealand)

“I have seen God. He bats at number 4 for India.”
– Mathew Hayden (Australia)

“When Tendulkar goes out to bat, it is beyond chaos – it’s a frantic appeal by a nation to one man”
– Mathew Hayden (Australia)

“Don’t bowl him bad balls, he hits the good ones for fours.”
– Michael Kasprowicz (Australia)

“Sachin’s the best. I’ve had this view since I saw him score that hundred in Sydney in 1992. He’s the most composed batsman I’ve ever seen.”
– Mike Coward (Australia)

“You just can’t fox Sachin,He reads the ball so early. The class in him comes out when he picks the ball as soon as it is delivered from the bowler’s hand.”
– Muttiah Muralitharan
(Sri Lanka)

“What we (Zimbabwe) need is 10 Tendulkars.”
– Paul Strang (Zimbabwe)

“Sometime back I had written a piece that said that Sachin’s the master and Lara a genius with his head high up somewhere. That’s it.”
– Peter Michael Roebuck
(England)

“He has defined cricket in his fabulous, impeccable manner. He is to batting what Shane Warne is to bowling.”
– Richie Benaud (Australia)

“West Indian Lara and Indian Tendulkar are the two best batsmen I have played against. I have rated Sachin slightly ahead because technically I thought he was a bit tighter, but Lara on his day is probably more damaging.”
– Ricky Ponting (Australia)

“I never get tired during umpiring whenever Sachin is on crease.”
– Rudi Koertzen
(International cricket umpire – South Africa)

“I’ll be going to bed having nightmares of Sachin just running down the wicket and belting me back over the head for six. He was unstoppable. I don’t think anyone, apart from Don Bradman, is in the same class as Sachin Tendulkar. He is just an amazing player”
– Shane Warne (Australia)

“You have to decide for yourself whether you’re bowling well or not. He’s going to hit you for fours and sixes anyway. Kasprowicz has a superior story. During the Bangalore Test, frustrated, he went to
Dennis Lillee and asked, “Mate, do you see any weaknesses?” Lillee replied, “No Michael, as long as you walk off with your pride that’s all you can do.”
– Shane Warne (Australia)

You have to watch India in India truly to appreciate the pressure that Sachin Tendulkar is under every time he bats. Outside grounds, people wait until he goes in before paying to enter. They seem to want a
wicket to fall even though it is their own side that will suffer”
– Shane Warne (Australia)

“When it comes to judging the best among these fabulous band of batsmen, my vote goes to Tendulkar. He has an uncanny ability to come out on top under different circumstances and under different conditions, whether it is Test cricket or one-day internationals. And more importantly, he has done this so young.”
– Shane Warne (Australia)

“You know when he is playing, the Indian side is hell of a lot better side.”
– Shaun Pollock (South Africa)

“There is no shame being beaten by such a great player, Sachin is perhaps only next to the Don.”
– Steve Waugh (Australia)

“You take Don Bradman away and he is next up I reckon.”
– Steve Waugh (Australia)

“He can play that leg glance with a walking stick also.”
– Waqar Younis
(Pakistan)

“Cricketers like Sachin come once in a lifetime, and I am privileged he played in my time.”
– Wasim Akram
(Pakistan)

“He is a genius. He has a shot for every ball. The only way to stop him is to keep him off strike.”
– Wesley Hall
(West Indian) 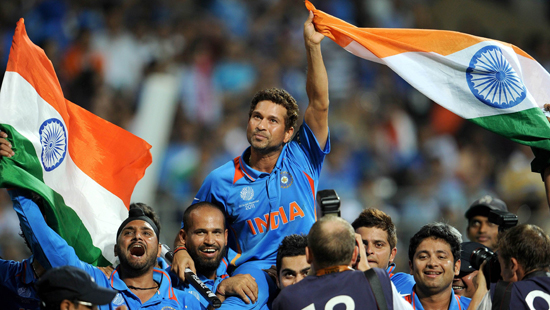