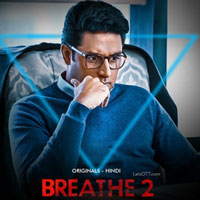 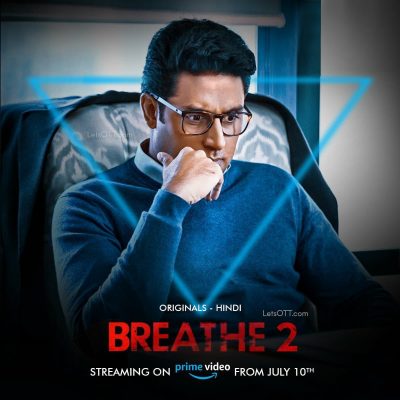 Breathe: Into the Shadows is season two of the popular series Breathe. The new season is based on the premise that “a father’s love can save a life…or take one.” The Second season of the series Breathe creates anticipation when a first look into the show was released.

The show is slated to be released on Amazon Prime Video and will mark the digital debut of Abhishek Bachchan as the protagonist, while Amit Sadh will return in the role of Inspector Kabir Sawant. Actors Nithya Menen and Saiyami Kher will also be seen in prominent roles in the series.

The trailer is set to release on July 1. In the first teaser, we see Abhishek Bachchan looking melancholic as the actor holds a poster of a missing child, thus setting a dark undertone to the series.

Shortly after the launch of the official poster of the soon-to-be-released show, a teaser trailer was released as well. Abhishek Bachchan’s compelling narrative and stirring musical score of the trailer further added thrill and suspense to the much awaited web series.

Breathe: Into the Shadows is written and directed by Mayank Sharma and will be released under Abundantia Entertainment.

Breathe: Into the Shadows