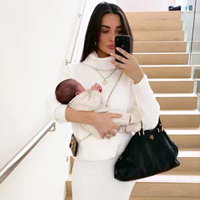 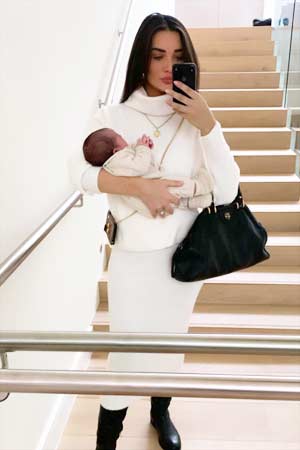 Bollywood actress Amy Jackson and her fiance George Panayiotou have been blessed with a baby boy. On September 23, the Singh Is Bliing actress gave birth to her son. She revealed the news on social media by sharing a photograph holding her son as her husband planted a loving kiss on her forehead. “Our angel. Welcome to the world, Andreas,” she captioned the beautiful photo.

Earlier this year, Amy opened up about the news of her engagement to boyfriend hotelier George Panayiotou. In March 2019, she revealed that she was expecting her first child. Amy made her acting debut in the Tamil movie Madrasapattinam in 2010. Apart from Tamil, she has also worked in Telugu and Hindi cinema. She can also be seen in the American superhero TV series, Supergirl, in which she played the role of Imra Ardeen. She was last seen in Robot Drama 2.0 along with Rajinikanth and Akshay Kumar.

As soon as she revealed the happy news of becoming a mother, her friends and fans showered her and her newborn with congratulations and blessings. Throughout her pregnancy, Amy kept fans excited by sharing her maternity looks as well as her interesting Europe road trips photos through her Instagram account.