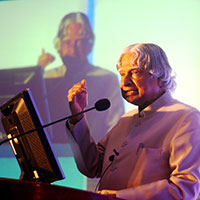 An excerpt from a Republic Day speech by the Honorable Dr. APJ Abdul Kalam 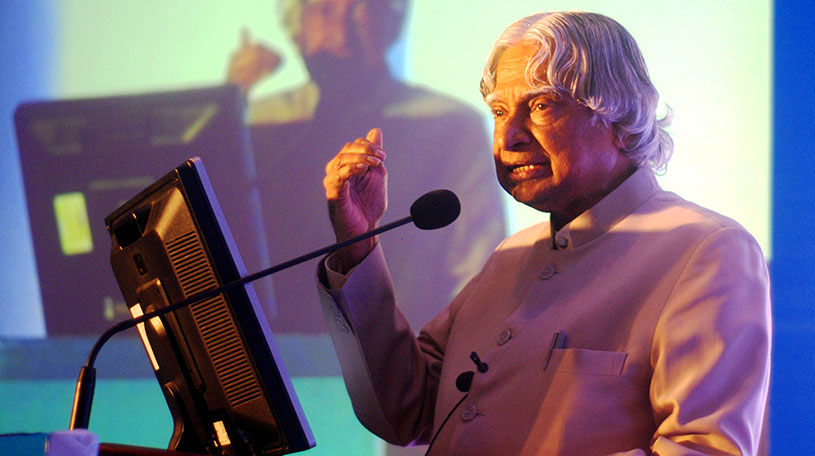 Every year, on the eve of Republic Day, the president of India delivers an annual speech which often calls for collective introspection. The speeches seek to remind Indians not only about how far the country has come since its inception, but also how far we must go in the pursuit of the core ideals that the makers of our Constitution had spelled out. 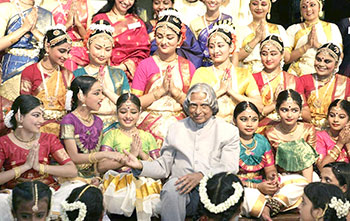 The honorable Dr. APJ Abdul Kalam served as the 11th President of India. A man of science, Dr. Kalam was also a symbol of hope, progress, and vision for many Indians. In his memorable speech, delivered on the eve of Republic Day 2007, he talked about the nation’s poverty eradication progress, economic progress, and technological leadership. He spoke of the necessity of progress in science and of fostering the spirit of entrepreneurship within Indian families.

Similar to former US president John F Kennedy’s historic words, “Ask not what your country can do for you – ask what you can do for your country,” President Kalam’s message for that day’s speech was, “What can I give to my nation?”

Let us celebrate our 73rd Republic Day on January 26, 2022 by remembering this most inspiring speech by the Honorable Dr. APJ Abdul Kalam, our 11th President of India.

In the eighties, children always used to ask me questions such as “When can I sing the Song of India?” Today, the youth [are] asking me, “What can I give to India?” This shows that the nation is on a positive growth trajectory.

The change in [the] pattern of the questions is indicative of the transformation which has taken place over the years. Also, I receive many emails and letters asking me “What can I give to India–my country?”

When I study the letters, messages, and [e]mails that I have received and also the personal interactions with the people, I can clearly see abundant opportunities in which every citizen can contribute. I thought of sharing this with you: My topic of this address will be, “What can I give to my nation?” 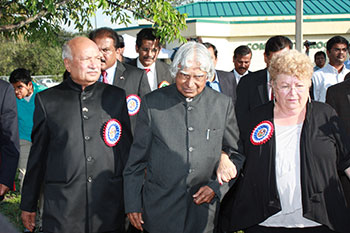 In Indian history, our nation has come across a situation, all at [one] time: an ascending economic trajectory; continuously rising foreign exchange reserves; increasing domestic investment, with investors’ confidence rising steadily; [the] global successes of Indian managerial and entrepreneurial talents; global recognition of [India’s] technological competence; [the] energy of 540 million youth; umbilical connectivities of more than 25 million people of Indian origin in various parts of the planet; and the interest–shown by many developed countries–[in] invest[ing] in our engineers and scientists through [the] setting up of new Research and Development centres in India.

The distinction between the public and the private sectors, and the illusory primacy of one over the other, is vanishing. Also, there is a trend that many young people are opting for creating new enterprises instead of being mere employees.

Providing leadership for the one billion people with multi-cultural, multi-[linguistic], and multi-religious backgrounds is indeed the core competence of our nation. Our technological competence and value systems, [along] with [our] civilisational heritage, are highly respected by the world community. Also, Foreign Institutional Investors find investing in India attractive, as the returns are high and assured. Indian industrialists are also investing abroad and opening new business ventures. 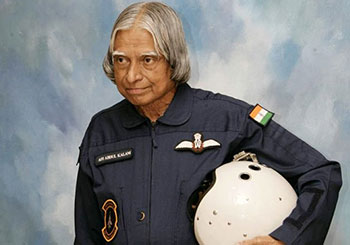 When I was with [the] 20[th] Squadron of the Indian Air Force, I experienced how our fighter pilots can meet any challenge of[fered by] multi-targets, [achieving victory] through [the use of] radar[-guided] missiles and e[lectronic] w[arfare] systems. We cherish the valour, commitment, and  devotion to duty of these gallant personnel of our Armed Forces. Our Police Forces and Intelligence agencies complement each other and provide safety and security to our citizens from unscrupulous elements, criminals, and extremists.

Many persons from these forces have laid down their lives while protecting the nation, the flag, and our people. We salute them all.

My interactions with our citizens in India and abroad, particularly the youth, demonstrate to me the positive energy flowing from individuals–[energy]which makes them eager to give all they can to make India developed. The attitude of giving, [demonstrated] by every citizen and each group, will definitely be an enriching factor for the whole nation–[a factor] leading to an accelerated development process.

When the nation marches towards its missions, many challenges will come on the way. Courage is a very important trait for all sections of society in overcoming these challenges.

I would like to narrate one incident. On 8th June 2006, I was in the flight [seat] of [an] Su-30-MKI. The captain of the aircraft was Wing Commander Ajay Rathore. The duration of the flight was 40 minutes. I participated in all flight actions. When I landed, there were many youth and media personnel [present].

One young man asked me a question:

“Mr President, please tell me: Since you [were] fl[ying] in [this] supersonic fighter aircraft at the age of 74, were you afraid [at] any time during the flight?”

I told the young man,

“All […] 40 minutes of the flight, I was busy [at] the controls and [the] instruments and experiencing the “g”[-force] buildup. I was advised by the captain to track targets and [to] also look at the ground using the synthetic aperture radar. In addition, I was observing the performance of the instruments ([which had been] developed indigenously). I was continuously busy [during] the flight operations and I didn’t have time to allow fear to enter into me.”

Now, dear young friends who have assembled in front of me and the nation, I have a message of courage for you:

Courage to discover the impossible;

Courage to travel into an unexplored path;

Courage to reach the unreached;

Courage to combat problems and succeed–

[these] are the unique qualities of youth.”

As the youth of my nation [do], I [too] will work–and work with courage–to achieve success in all my missions.

My dear citizens, let me once again wish you a very purposeful and happy Republic Day!

What can I give to my nation?

Squadron of the Indian Air Force

The captain of the aircraft was Wing Commander Ajay Rathore

Ranveer Singh Was his Only Choice for Kapil Dev, says 83 Director Kabir Khan
The Seven Most Dangerous Enemies of Wealth