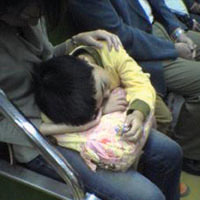 Are Your Kids Spoiled? 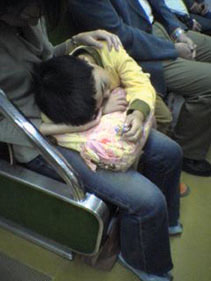 Spoiled children result from parents’ surrender of control. The problem is even if your child is a little spoiled, you may be the last one to realize there is a problem and that you are the only who can fix it. Most parents do not understand exactly what spoiling your children means, for example, “They mistake indulgence for spoiling,” says Dr. McIntosh, a pediatrician studying the spoiled child syndrome. He says it is not the giving per se, either of objects or of yourself that spoils the child. “Spoiling,” he says, is “the failure of parents to enforce consistent age appropriate rules and limits along with the giving.”Circumstances play a role too. According to psychologist Richard Foxx, single parents, parents on the fast track, and most especially busy parents, tend to not want their child to be unhappy with them or want to compensate for perceived lacks, prompting them to give in to demands and tantrums.

Mostly “spoiling is the result of softhearted parents who give their kids too much power,” says pediatrician Dr. Barton Schmitt. He also adds that the main cause of spoiled children is lenient, permissive parenting or parents who do not set limits and give in to tantrums and whining. When parents give a child too much power, the child usually becomes more self-centered.

Here is an example for what he means: “What do you want for breakfast today?” asks the parent. “Pancakes,” says the five year old. The mother makes pancakes, the child tastes them and says, “I’ve changed my mind. I want French toast instead.” Anxious that her son gets a healthy start to the day, worried he does not eat enough as it is, she makes him French toast. But when she puts it in front of him, he says he wants bacon and eggs instead. By not setting the limit the first time, “That’s what you asked for and that’s what I made, if you don’t want it, you can have your regular cereal,” this mom is creating a picky eater and the proverbial spoiled brat who will make a habit of having things his own way.

This is a control issue for the child, a game around who is the boss, who is the one with authority. The consequences can get pretty serious. The child will want to be in control all the time not just at home. Studies show the child will turn out to be bossy, inconsiderate, and selfish and thus unable to tolerate frustration, to compromise, and show consideration. Uncovered, these characteristics will remain through adulthood, interfering with his ability to relate to others.

“Why don’t you want to have a spoiled child?” Dr. Foxx a psychology professor says, ‘because he will be a very unhappy person.”

Are Your Kids Spoiled?

Soups to Keep You Warm This Winter!
Where Do We Stand?