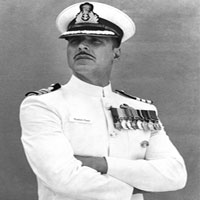 Akshay Kumar, who plays a naval officer in Rustom, has been getting compliments galore for his look as Rustom Pavri in director Tinu Suresh Desai’s drama thriller. Some of our Bollywood girls also think the superstar wears the uniform better than most actors in their screen outings. Here’s what they have to say…

Alia Bhatt – “Akshay Kumar is one of those actors who can play any part he wants. And his choice of different characters and films proves that. His look in Rustom is one of my favourites by far. Firstly, because he looks so good and secondly, and most importantly, it’s because only an actor like him, who’s known for his discipline and personality can pull off playing a naval officer.”

Sonam Kapoor – “It amazes me how Akshay can so convincingly become every character he plays. With Rustom, he has taken me back to a time when men took pride in being groomed and chivalrous. There is something about a uniform that makes a man so desirable. And Akshay as a naval offer is something I can’t wait to watch.”

Jacqueline Fernandez – “I think Akshay’s versatility is his greatest strength. His uniformed look, however, is extremely sexy!”

Athiya Shetty – “If anyone can carry an Indian uniform respectfully and with pride, it is Akshay sir. Some of his best work revolves around the idea of patriotism. I’m looking forward to seeing him play a naval officer. He exudes strength and honesty.”

Ileana D’Cruz – “Akshay wears two uniform in the film – a ceremonial and a regular one, and he looks charming in both. And I really liked how he presented himself while playing a naval officer.”