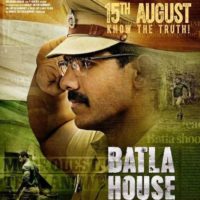 Nikhil Advani directed Batla House released on August 15. The film starring John Abraham is inspired by the 2008 Batla House encounter case. It is about the controversial encounter took place in Delhi’s Batla House in which two young men who were believed to be members of the Indian Mujahideen were killed, along with an ‘encounter specialist’ police officer was martyred. 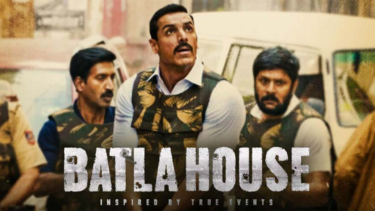 Batla House is not just about the encounter but also its aftermath on the lead police officer to prove that the encounter was not a fake one as painted by many sections of the society and media. John Abraham plays the lead role of the police officer, ACP Sanjay Kumar Yadav. Mrunal Thakur plays the role of his wife Nandita Yadav. The film also stars Ravi Kishan, Nora Fatehi, Rajesh Sharma and Manish Chaudhury.

The film has a very strong premise and opening. And, it has been written well by Ritesh Shah, who has written the screenplay and dialogues for films like Kahaani (2012), Pink (2016), Airlift (2017) and Raid (2018). Nikhil Advani, who is known for directing love stories like Kal Ho Na Ho (2003), Salaam-e-Ishq (2007), Patiala House (2011), and Katti Batti (2015), has helmed Batla House quite sensitively. The film’s songs have also been well-received, especially the item song O Saki Saki featuring Nora Fatehi. Rochak Kohli, Tanishk Bagchi, Ankit Tiwari and Stereo Nation have composed the songs.

While most critics have praised the film as John Abraham’s finest, a few have panned it for lacking complexity and nuance, that should come naturally with such an intriguing subject. The film has been praised for its strong opening scene, action sequences, and depiction of Post Traumatic Stress Disorder.