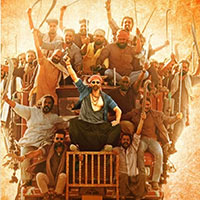 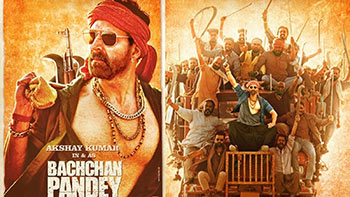 Bachchan Pandey, starring Akshay Kumar, Kriti Sanon and Jacqueline Fernandez, will be released on March 18, 2022. The action-comedy is the latest remake of the Tamil action-comedy Jigarthanda, which was released in 2014. It was directed by Karthik Subbaraj and received a very positive response from the viewers. However, Bachchan Pandey is not the first remake of this popular Tamil movie. In 2017, it was remade in Telugu as Katamarayudu, where Pawan Kalyan and Shruti Hassan played the lead roles. Then again, the film was made in Kannada as Odeya, where Darshan played the lead role.

After conquering the South Indian movie world, it’s now time for the Hindi remake Bachchan Pandey to conquer Bollywood. Bachchan Pandey is directed by Farhad Samji, and the producer of the movie is Sajid Nadiawala. Apart from Akshay Kumar, Kriti Sanon, and Jacqueline Fernandez as lead actors, the movie also has powerful performers like Pankaj Tripathi, Arshad Warsi, and Prateik Babbar as supporting actors. The promotion of Bachchan Pandey has received a very good response. Likewise, the trailer—as well as the poster, which has a rugged-looking Akshay Kumar on a bike with the glamorous Kriti Sanon behind him taking aim with a gun—has generated great interest among the viewers who are expecting an action movie with a difference.

The movie is slated for release on March 18, which is also the festival weekend. With Holi being celebrated throughout the country, trade analysts are expecting a good return from the film. The star cast, action, drama and festive mood will gather moviegoers together to come to the cinemas to watch this movie.