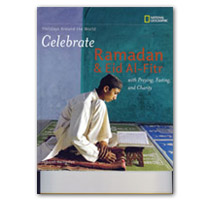 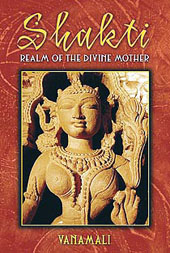 Shakti: Realm of the Divine Mother
by Vanamali
(Hindus all over the world will be celebrating Navratri in the month of September. The book review in this issue on the Divine Mother is very timely.)

Shakti is synonymous with the Devi, the Divine Mother, or divine power that manifests, sustains, and transforms the universe. She is the womb of all creatures, and it is through her that the One becomes the many. Our first and primary relationship to the world is through the mother, the source of love, security, and nourishment. Extending this relationship to worship of a cosmic being as mother was a natural step found not only in Hinduism, but also in ancient Greek, Egyptian, and Babylonian cultures.

Shakti presents more than 30 goddess incarnations of the Divine Mother that represent both the beneficial and malefic aspects of the Shakti force. From Lakshmi, Parvati, and Saraswati to Durga, Chandika, and Kali – each of the different functions of the female goddesses in the Hindu pantheon is revealed, accompanied by traditional Sanskrit hymns, classic verses by Sri Auribindo, and discussions of tantric philosophy. The author draws from the Devi Bhagavatham, which describes all the stories of Shakti, and the Devi Mahatmyam, the most powerful scriptural text that glorifies Shakti in her form as Durga. Using these texts she shows that through the power and grace of the Divine Mother we may be released from the darkness of ignorance and taken to the abode of knowledge, immortality, and bliss – the source from which we have come.

About the author
Mataji Devi Vanamali has written six books on the gods of the Hindu pantheon, including The Play of God and The Song of Rama as well as translating the Bhagavad Gita. She is the founder and president of Vanamali Gita Yogashram, dedicated to sharing the wisdom of Sanatana Dharma and charitable service to children. She lives at the Vanamali Ashram at Rishikesh in northern India. 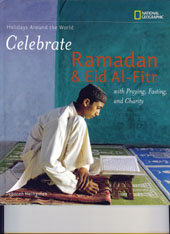 Celebrate Ramadan and Eid Al-Fitr with Praying, Fasting, and Charity
by Deborah Heiligman

Ramadan, the Muslim holy month of fasting, and Eid Al-Fitr, which marks the fast’s end, are sacred times for millions around the world. Celebrate Ramadan and Eid Al-Fitr examines the reasons for the month-long dawn-to-dusk fast and observes some of the wide variety of celebrations at the end of the fast worldwide.

Deborah Heiligman’s text examines the historical, religious, and cultural aspects of this Muslim holiday. The book’s beautiful photographs are complemented with a map pinpointing the exact locations illustrated. The extensive back matter also includes a list of further resources such as books and Web sites, useful for the research students and paper writers in grades one to four. The book also includes beautiful photographs of people from all over the world celebrating Ramadan and Eid.

The book’s consultant, Dr. Neguin Yavari, gives an explanatory note about the religious and cultural significance of Ramadan and Eid Al-Fitr.

About the Author
Deborah Heiligman is the award-winning author of 15 children’s books. She specializes in simplifying complex subjects for young people, particularly in the areas of science and social studies. She lives in New York City.