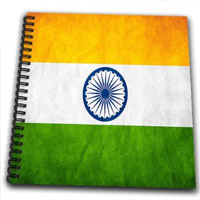 Throughout the decades, Indians authors have continued to gain reputation, prestige, and accolades for their literary works. As a result of the quality and popularity of the Indian authors, they have earned several international awards and honors, the greatest among them dating back to 1913, when Rabindranath Tagore won the Nobel Prize in Literature for his collection of poems, Geetanjali.

Another literary recognition of international repute is the Man Booker Prize for Fiction, which is awarded each year for the best original full-length novel, written in the English, by a citizen of either the Commonwealth of Nations or the Republic of Ireland. First awarded in 1968, and originally known as the Booker- McConnell Prize, the winner of the Booker Prize is generally assured of international renown and success in addition to a cash award of 50,000 pounds.

One of the early winners of the Booker Prize was Sir Vidiadhar Surajprasad Naipaul, better known as V. S. Naipaul, a Trinidadian-born writer of Indo-Trinidadian descent. Naipaul became the first person of Indian origin to win a Booker Prize for his book In a Free State. Naipaul is also the winner of Nobel Prize for Literature in 2001. Critics laud Naipaul for the extraordinary vision that marks his writing. Perhaps due to his status as rootless wanderer, as a man without a heritage to hold sway over him, Naipaul consistently knocks down idealized views of the places he journeys to, be they England, Trinidad, or Africa, in favor of a more complex, bitter, sometimes even contradictory truth. His award-winning book, In a Free State, is a short story, set in a fictional African state which recently acquired independence, where the King, although liked by the Colonials, is weak, and the President is poised to take power. The story revolves around the journey undertaken by the protagonist Bobby and his colleague’s wife Linda and their mutual relationship, in the backdrop of the unstable political environment of the state and how they handle that to reach their destination. Another book of Naipaul, A Bend in the River was shortlisted for the Booker in 1979, though it did not win the award.

Amother globally appreciated yet highly controversial author of Indian origin, who won the Booker Prize is Salman Rushdie. More known to the world for the infamous fatwa imposed on his head by Ayatolla Khomeini of Iran for Rushdie’s alleged anti-Islam remarks in his book, The Satanic Verses, Rushdie was born in Mumbai and had his early schooling there, before moving to to England. Married and divorced four times, Rushdie has mentored, though quietly, younger Indian writers, influenced an entire generation of Indo-Anglian writers, and is an influential writer in postcolonial literature in general. Among his major works, Modnight’s Children won him the Booker in 1981, while his novels, The Moor’s Last Sigh (1985), The Satanic Verses (1988), and Shame (1983) were also shortlisted for the coveted award. The Booker winning Midnight’s Children is a loose parable for events in India both before and, primarily, after the independence and partition of India, which took place at midnight on August 15, 1947. The protagonist and narrator of the story is Saleem Sinai, a telepath with a nasal defect, whois born at the exact moment that India becomes independent. Saleem Sinai’s life then parallels the changing fortunes of the country after independence. The book was later awarded the ‘Booker of Bookers’ Prize in 1993 as the best novel to be awarded the Booker Prize in its first 25 years. Midnight’s Children is also the only Indian novel to make Time magazine’s list of the 100 best English-language novels since its founding in 1923. Rushdie was awarded a knighthood for services to literature in the Queen’s Birthday Honours in mid-2007, however the honors were met with severe criticism from the Islamic countries.

After a gap of 16 years, it was Arundhati Roy who brought back the Booker back to India. Born in 1961 at Shillong, to a Keralite Syrian Christian mother and a Bengali Hindu father, she spent her childhood in Kerala, attended school in Nilgiris, and pursued higher education in Delhi. It was indeed a great achievement for Arundhati to receive the prestigious Booker award for her debut novel, The God of Small Things. She has since devoted herself solely to nonfiction and politics, publishing two more collections of essays. In addition, she now works for social causes. She is a figurehead of the anti-globalization movement and a vehement critic of neo-imperialism and of the global policies of the United States. She also criticizes India’s nuclear weapons policies and the approach to industrialization and rapid development as currently being practiced in India, including the Narmada Dam project. Her award winning book The God of Small Things (1997) is a semi-autobiographical, politically charged novel. It is a story about the childhood experiences of a pair of fraternal twins who become victims of circumstance. The book is a description of how the small things in life build up, translate into people’s behavior, and susbsequently affect their lives. The book received the 1997 Man Booker Prize for Fiction, was listed as one of the New York Times Notable Books of the Year for 1997, and reached fourth position in the New York Times Bestsellers list for Independent Fiction.

The only Booker that was won by an author having distinct Indian connection in the new millenium was by Kiran Desai, daughter of renowned author Anita Desai. Thirty-six year old Kiran is a citizen of India and a Permanent Resident of the United States. A promising and contemporary writer, Kiran’s first novel, Hullabaloo in the Guava Orchard, was published in 1998 and received accolades from such notable figures as Salman Rushdie. However, it was her second book, The Inheritance of Loss, which won the 2006 Booker Prize. Set in the 1980s, the book tells the story of Jemubhai Popatlal Patel, a judge living out a disenchanted retirement in Kalimpong, a hill station in the Himalayan foothills, and his relationship with his granddaughter Sai. The theme of the novel concerns migration and living in between two worlds as well as in the past and present. Apart from the Booker Prize, the novel also received the prestigious National Book Critics Circle Fiction Award in the same year (2006).

Quite interestingly, Kiran’s mother, Anita Mazumdar Desai, could not achieve what her daughter did with her second novel. Anita, born to a German mother and a Bengali father, is an Indian novelist and presently the Emeritus John E. Burchard Professor of Humanities at the Massachusetts Institute of Technology. Anita was short listed for the Booker prize three times for her novels, Clear Light of Day (1980), In Custody (1984) and Fasting, Feasting (1999).

The pursuits of novelist, short story writer, and two-time Academy Award-winning screenwriter Ruth Prawer Jhabvala should also be mentioned. Born in Germany to a Polish and German Jewish couple, Ruth Prawer married an Indian Parsi architect Cyrus Jhabvala and lived in in India from 1951 to 1975. In fact, during her stay in India, Jhabvala began writing novels about her new life there. In 1975, she won the Booker Prize for her novel Heat and Dust, which was set in India. Extending between 1920 and 1970, the novel plots the story of the protagonist, a young English woman who searches for the truth about Olivia, the first wife of her grandfather.

Though the number of Booker prize winners having Indian connection may not be large in number, the number of individuals winning the prize in the last 40 years is significant. Given the awards for Indian authors, it gives us a fair idea about the acceptability of the Indian authors and their literary works. Appreciation for the prowess of Indian novelists is adequately reflected in their winning of the prestigious Man Booker Prize.