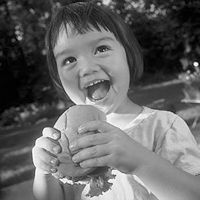 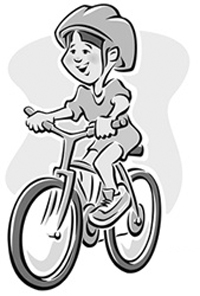 Sitting your child down to read and write daily, playing with educational computer games or learning a musical instrument are all excellent ways of developing extra life learning skills in your child, however, we tend to forget about the importance of daily physical exercise. As parents, our busy lifestyles with 2-income families, we tend to focus more on the learning & educational aspects for our children and we forget how important a healthy lifestyle and daily exercise is necessary for them to live and grow. Obesity in children is a rapidly growing disease that the government and major insurance companies don’t address with much importance. Educating the public on the importance of healthy diet and daily exercise is essential. What is obesity? Obesity is an ailment resulting from excessive storage of fat in the body. Many moons ago, being overweight was considered a sign of prosperity & wealth. Obesity is a disease that causes nearly 300,000 excess deaths in just the U.S., a statistic that is still expeditiously rising. It is a critical health concern for the public because it causes the individual to be more likely to become subject to over 60 illnesses, asthma, diabetes, stroke, hypertension, many types of cancer, and America’s number one cause of death: heart disease (Surgeon General of U.S. 2003. Obesity is not only present among adults, but quite common among the children of today as well. Approximately 30.3% of children (ages 6-11) are overweight and 15.3% are obese. This infers that there are approximately 18 million obese children in the U.S. Usually, parents and guardians fail to address the situation which then leads to the next estimate that 40% of obese children and 70% of obese adolescents become obese adults. Not only does obesity relate to the same condition in adulthood but obesity and being overweight during childhood is directly related to depression and death in adult ages. Obesity is caused by a few varied factors, but they all basically are related. Though some would like to think otherwise, obesity in children is genetic. With children, if one parent is obese, then the child has a 50% chance of being obese. If both parents are obese, the child has an 80% chance of being obese. 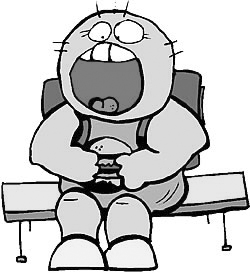 (American Academy of Child and Adolescent Psychiatry) It is hard to separate environmental and genetic traits in each individual, but mostly the circumstances and conditions which the child is being raised plays a significant part in their weight and physical fitness level. Lack of exercise, poor eating habits, stressful events such as divorce or death in the family, low self-esteem and depression are all major causes of obesity in children, and even adults for that matter. Parents are responsible for the fitness of their own children. “‘There are things parents do with the best of intentions that turn out to be counterproductive,’ A familiar example: insisting that children clean their plate, a rule that can teach kids to eat when they are not hungry.” says Leann Birch, a psychologist from Penn State University. (One Obesity Remedy, TIME Magazine. June 4, 2004) Most parents don’t realize that by forcing their children to eat in large quantities, they are adding to the large possibility of their children becoming overweight and obese. Eating disorders are much easier to avoid than to cure. Our youth today is considered the most inactive generation in history. In order to make the youth more active, we need to find ways for them to participate in more out door recreational activities. Some say that their inactivity is caused by reductions in school physical education programs, and unavailable or unsafe community recreational facilities. Encouraging exercise in children’s activity schedule is another way to prevent obesity, or to cure those children suffering from the fatal disease. “Some parents fear that more time in the gym means less achievement in class, but Sallis’ SPARK research suggests otherwise. Academic performance can actually improve with more activity.” (The Obesity Warriors. by 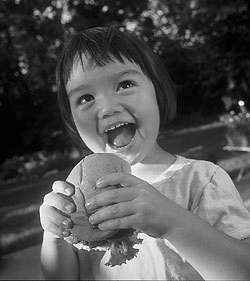 Claudia Wallis. TIME Magazine. June 7, 2004.) Limit the intake of food. Rather than force your child to eat everything you put on their plate, give them meals in small doses, so that they can learn for themselves how much their body can handle at a time. Lessening the amount of television children watch is good in two aspects to avoid obesity. Children are the victims of major food industry companies. According to an article published in Time Magazine by Catherine Sharick, “Children rarely see ads telling them to eat their vegetables or to exercise.” By having your child sit hours on end in front of a television, they are not only getting less exercise than they could be, but they are also being persuaded by the food industries to buy their products, which most of the time are unhealthy. Prevention of this disease in itself is a cure. The public aren’t quite fully aware of direct aftermath of overfeeding their children and of not giving them enough exercise. By educating the children and the citizens on the effects of obesity and what exact types of problems they will face in the future, not only physically and health wise, but socially, mentally and emotionally, we can reduce the number of fatalities due to this disease. Obesity is something that can very well be avoided if the public were to pay for attention to the beginning signs of it. If as youngsters know the consequences they will face if they don’t take proper care of their body, they will most probably take the proper precautions against becoming that way 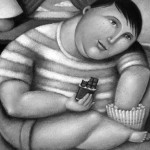 as they grow older. Once a child is suffering from obesity, it is difficult, but not entirely impossible to cure them. By stimulating the child’s interest in wanting to be fit and healthy, and inspiring them to exercise and become fit, one can make a big difference. This day and age itself is a major cause of the obesity in children. If one were to compare the obesity level of children in 1971 to that of the children (ages 6-11) in 2000, one would realize the drastic differences. According to the National Center for Health Statistics, National Health and Nutrition Examination Survey the prevalence of obesity quadrupled over the last 25 years. This goes to prove that we can blame the fast food industry, the rise in technology (television, computers and video games) for our the nations skyrocketing level of obesity in our children. But they’re not the only ones to blame. Parents hold the most responsibility for the fitness and well-being of their children, and until the children are old enough to be able to make such decisions on their own and form habits with their intake of food and their daily exercise schedules, their parents need to pay special attention to their dietary habits, and limit their junk food intake in order to make their children used to living a healthy lifestyle. Shana Dhillon is a High School Graduate, a free-lance writer and co-founder of www.talentportfolio.us. She aspires to pursue a career in journalism and performing arts some day. 