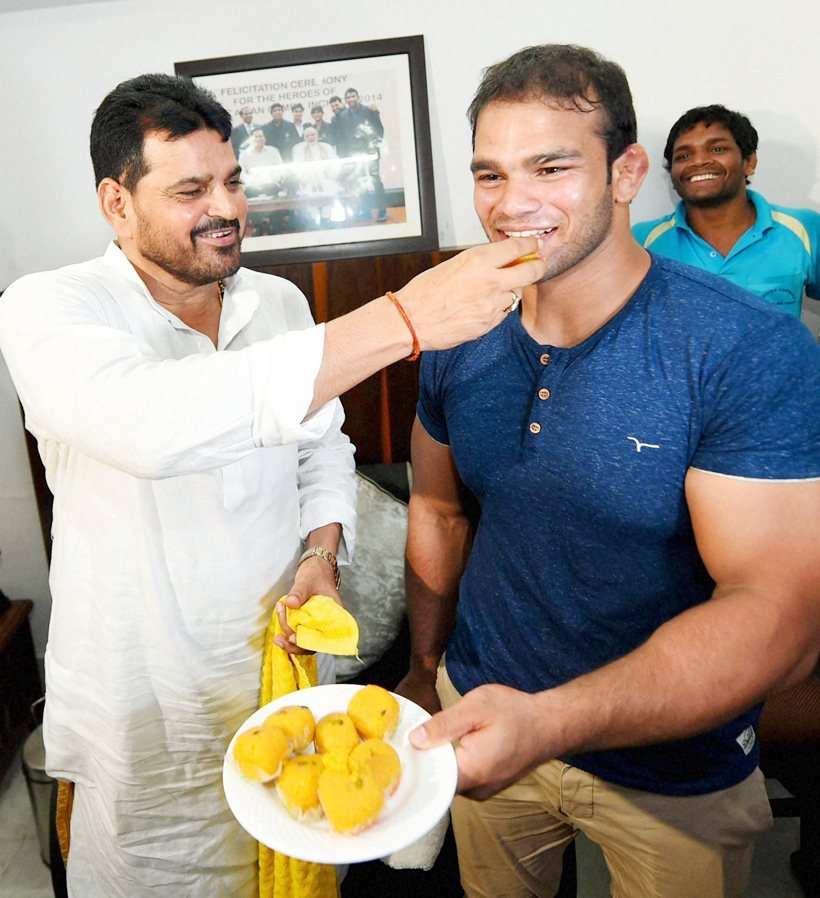 National Anti Doping Agency or NADA has given clean chit to wrestler Narsingh Yadav to participate in Rio Olympics beginning 5th of this month.

The NADA disciplinary panel has exonerated Yadav from charges of violating anti doping rules of NADA.

The agency ruled that the wrestler was a victim of “sabotage” and deserved the benefit of doubt.

Narsingh, who had been replaced by Parveen Rana in the Rio-bound squad, was present at the NADA headquarters when the decision was taken.

The national agency reached the conclusion after three days of marathon hearings.