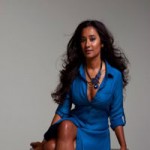 Tannishtha to walk the red carpet at TIFF with Nicole Kidman, Dev Patel for “lion” !

Tannishtha Chatterjee is all set for her sixth outing at the Toronto International Film Festival in September. Last year Tannishtha had two world premieres there – ‘Parched’ and ‘Angry Indian Goddesses’ – and this year the actress will walk the red carpet at TIFF for the premiere of her Hollywood biggie ‘Lion’ that stars Nicole Kidman, Dev Patel and Rooney Mara.

A much-celebrated face in the international cinema circuit, Tannishtha is looking forward to meeting Nicole. “Nicole was supposed to shoot with us in Kolkata where we shot in real locations. Dev was there, but for some reason Nicole couldn’t come down so this will be our first interaction,” says the actress.

Talking about her role in the Garth Davis-directed film, Tannishtha shares that she was shooting another film in Australia when she got a touching email from Garth appreciating her work and telling her that when he decided to make a film set in India, he created a part she’d never played before and was hopeful she’d accept it. “Every character is based on the book, so is mine, but Garth has given it a special twist. It would reveal a secret so I can’t talk too much about it,” smiles Tannishtha.

The actress – who is currently busy with the promotions of her upcoming film ‘UnIndian’ starring Brett Lee – has come a long way since 2005 when she made her first outing at the prestigious TIFF with the German film ‘Shadows of Time’. A rather naive Tannishtha had then gone to her first fest with her mother’s sari and jeans and tees, but she has since then been making quite a statement in the fashion scene too. Now, a festival regular, she is currently in talks with her designer friends for a contemporary Indo-Western fusion for her TIFF outing this year.