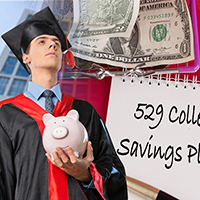 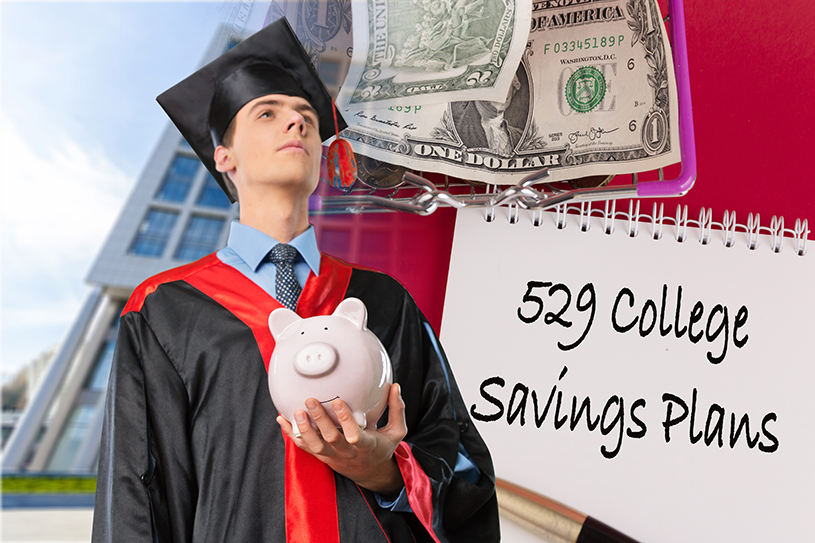 The college savings plan known as a “529” is often touted as a smart way to save for a child’s college education. But these plans involve more than just putting away money for college. Here an expert on 529s, shines light on how the plans work. 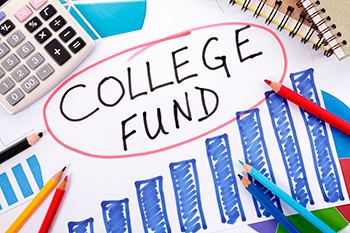 A 529 college savings plan is an investment account that families can open to save for college by investing money that grows tax-free. The name of the account comes from Section 529 of the U.S. tax code.

The money can be used for qualifying education expenses, such as tuition, room and board, textbooks, computers and travel.

At the end of 2020, Americans had invested a total of US$425 billion in 529 plans. In 2020, the average 529 plan had $25,644, but average balances vary by the age of the child. This amount is almost exactly the total cost of only one year at an in-state, four-year college. The average total cost of one year at a private school is more than double that amount.

When money is placed into a 529, it’s not as if the money is just sitting there. You will have several possible investment options to choose from that comprise stocks, bonds or a combination of the two. There are usually preset investment portfolios based on a child’s age. When a child is young, these portfolios are mostly stocks and are invested more aggressively. But as the child ages, the portfolio automatically transfers more money to bonds, which are usually less volatile. So the effectiveness of a 529 plan depends on how well the stock market performs. 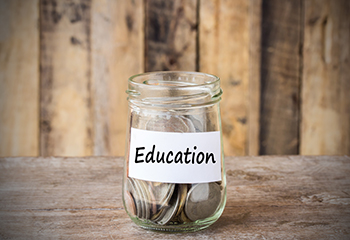 Is the money only for the first four years of college?

A recent change in 529 plans allows them to be used for education before college. More specifically, they can be used to pay up to $10,000 per year for tuition at K-12 schools.

For college, however, there are no limits on how much can be withdrawn to cover education expenses.

Every state in the United States, plus Washington, D.C., has its own 529 plan. However, not all plans are the same. For that reason, it is important to research which plans have the lowest fees, the best investment options and the best overall returns.

There are no residency requirements. In other words, you don’t have to live in a particular state to invest in the state’s 529 plan. However, if a state offers a tax deduction for investing in its 529 plan, then you have to live in that state to get the deduction.

What if the beneficiary of the 529 doesn’t go to college?

It is possible to move funds in 529 plan accounts from one beneficiary to another. Beneficiaries who do not use their 529 plan funds can even transfer the account to their own children or another family member without penalty.

Who should invest in 529 plans?

Families unable to qualify for financial aid are the target investors for 529 plans.

A 529 plan account with a large balance could keep a student from being eligible for financial aid, even if the balance is much less than the overall cost of the degree. So, in cases like this, a 529 plan could cost families money rather than help.

Grandparents whose grandchildren are unlikely to qualify for financial aid are also common investors in 529 plans.

Yes. They are a way for families to invest money in the stock market and, if all goes well, enjoy financial gains that they can withdraw for their children’s education without paying taxes. They work best under several conditions.

First, if a family is unable to qualify for financial aid, 529 plans offer an effective way to save for college because the money is invested in the stock market and can grow faster than other options, such as savings accounts. Plus, the gains are not taxed as they would be if invested in a non-529 plan investment account.

Second, because the investment time horizon is short – possibly less than 18 years – your money does not have much time to grow, so you have to invest early. There is no age limit for beneficiaries of 529s. You can start one for yourself or someone else at any age.

Third, if you live in one of the states that offer a tax deduction for investing in a 529 plan, that is a factor to consider. Specifically, a 529 holder should look at whether the value of the tax deduction is large enough to outweigh the fact that there are fewer or worse investment options.

Fourth, anyone can contribute to a person’s 529 plan, so it makes a great gift that will not end up being broken or thrown away.

Fifth, grandparents or other relatives, and even family friends, can set up 529 plans for grandchildren, stepchildren, nieces and nephews. In general, it’s probably more efficient to have one 529 plan, but some people like to retain some control over the plan they invest in, so some kids may have several. For instance, I have 529 plans for both of my kids, but their grandparents have 529 plan accounts for them, too.

There are other situations that allow you to withdraw 529 plan funds and not be subjected to the 10% penalty, such as when a beneficiary dies, becomes disabled or earns a full scholarship. Relatives might find this type of saving more emotionally rewarding than gifting money now or giving a larger inheritance at death.

Are there any drawbacks?

There are two primary problems with 529 plans, even for families that might benefit from them the most.

First, timing when to withdraw money is more challenging than, say, for retirement. For example, if the market is having a down year, but a beneficiary is in college and you need to pay tuition, then the benefits can be smaller overall. Say you have $50,000 invested in a 529 plan, and the market falls 10% right before you withdraw the money. If that happens, then you would only have $45,000 to withdraw. On the other hand, if the market increased 10% right before you needed the money, then you would have $55,000 to withdraw.

Second, your investment options are limited. If your state offers a tax deduction for investing in a 529 plan you might choose to invest in your state’s plan even if that plan might not be very good, such as if it has expensive fees. Alternatively, you might choose to invest in another state’s 529 plan and lose the state tax deduction, but have more investment options and fewer fees. This could save you more money in the long run.

Robert Haywood Scott III is Professor in the Department of Economics, Finance, and Real Estate at Monmouth University. He teaches Business Statistics, Econometrics, Macroeconomics, and Financial Markets & Risk Management. His research interests include credit and debt markets, applied econometrics, financial literacy, small business financing, and real estate economics. He is the author of “Kenneth Boulding: A Voice Crying in the Wilderness” (2015) published by Palgrave Macmillan and included in their “Great Thinkers in Economics” book series. His co-authored book with Dr. Kenneth Mitchell, “Pesos or Plastic? Financial Inclusion, Taxation, and Development in South America” was published in 2019 by Palgrave Macmillan.