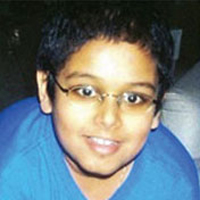 Discovery Education and 3M announced the top 47 middle school students from across the country as semifinalists in the 12th annual Discovery Education 3M Young Scientist Challenge. The semifinalists were selected based on their science communication skills exhibited in a short video explaining the science behind issues millions of Americans face in everyday life. All video entries were evaluated by a panel of judges and assessed on creativity, persuasiveness, classroom suitability and overall presentation. 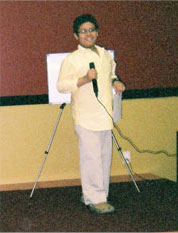 We asked him: “So we hear you are a semifinalist in the Young Scientist Challenge? Tell us about it.”

“It is a great opportunity and I am thrilled to be selected”, says Ahaan. “I believe the best part of it is the fun I had researching on my topic, writing the script and doing the Video. It was a challenge since I did not have much help. However, it was easy because I chose a topic, dear to me, “Wind-Resistant Structures”. I worked on it for four days, created models, did some computer simulations and learned a lot in the process, especially about wind engineering. I love Physics but I never had so much fun before as this contest allowed me to have, because finally I could apply whatever I knew. “

“How did you get interested in science, Ahaan?” We asked.

“I believe it was because of my Greek and Sciences tutor Michael John Reppas, whom I called Papous, he died last year” He sighs sadly. “Papous taught me how to draw circles when I was a little over three by just whirling my arm without a compass” 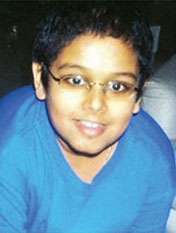 11 year old Ahaan knew how to read and write essays at the age of three. He is exceptionally oriented towards the Sciences (especially Physics) and Mathematics and equally passionate about the Arts. His other interests include Theatre, Table Tennis, Robotics, Writing Poetry and Music. In pursuing his mission towards betterment in the Sciences and the Arts, he has founded a Non-Profit organization called Reach the World Foundation (RTWF) which has gained affiliation from Connect a Million Minds (a part of the Educate to Innovate effort) that inspires the next generation of inventors and innovators. When asked about the purpose of his organization he says: “Our mission is not only to inspire increased interest in the Sciences and Mathematics but also to raise funds and contribute to different causes worldwide. However we will start at home…here in the United States of America. Our country is going through huge a financial crisis and all we can do as future citizens of America are be good, be honest and make the best of the educational resources here,” Wise words indeed from a very young man.

We ask:”What do you want to be, when you grow up Ahaan?” After a little thought, he says, “I guess for now I just want to study hard and when the time comes, I would know, but whatever I do would be related to the Sciences and Mathematics, I see numbers everywhere.”

Ahaan Rungta is the son of Gopal and Ishita Rungta and can be reached at info.rtwf@gmail.com