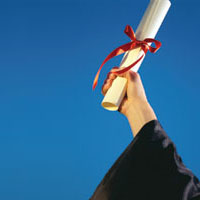 First, in fact, keep learning. Al ways be alive to the possibili ties of the next experience, of thinking, doing, and being.

When Buddha was asked, near the end of his life, to describe his secret, he answered bluntly: “I’m awake.” So be awake. Understand conventional wisdom, but be prepared to change it.

Feel as well as analyze; use your instinct alongside your reason. Calculate too much and you will miscalculate.

Be prepared to fail as well as to succeed, and realize it is failure not success that defines character. I spent years trying to be a politician failing at every attempt and nearly gave up. I know you’re thinking: I should have. Sir Paul McCartney reminded me that the first record company the Beatles approached rejected them as a band no one would want to listen to.

Be good to people on your way up because you never know if you will meet them again on your way down. Judge someone by how they treat those below them not those above them.

Be a firm friend not a fair-weather friend. It is your friendships, including those friends you made here at Yale, at this time, that sustain and enrich the human spirit.

A good test of a person is who turns up at their funeral and with what sincerity. Try not to sit the test too early, of course.

So, when others think of you, let them think not with their lips but their hearts of a good friend and a gracious acquaintance.

Above all, however, have a purpose in life. Life is not about living but about striving. Whenyou get up, get up motivated. Live with a perpetual sense of urgency. And make at least part of that purpose about something bigger than you.

There are great careers. There are also great causes. At least let some of them into your lives. Giving lifts the heart in a way that getting never can. Maybe it really was Oscar Wilde who said: “No one ever died, saying if only I had one more day at the office.”

One small but shocking sentence: each year three million children die in Africa from preventable disease or conflict. The key word? Preventable. When all is said and done, there is usually more said than done.

Be a doer not a commentator. Seek responsibility rather than shirk it.

People often ask me about leadership, I say: leadership is about wanting the responsibility to be on your shoulders, not ignoring its weight but knowing someone has to carry it and, reaching out for that person to be you. Leaders are heat-seekers not heat-deflectors.

And luck? You have all the luck you need. You are here, at Yale, and what – apart from the hats – could be better?

You have something else: your parents.

When you are your age, you can never imagine being our age. But believe me, when you’re our age we remember clearly being your age. That’s why I am so careful about young men and my daughter, “Don’t tell me what you’re thinking. I know what you’re thinking.” But as a parent let me tell you something about parents. Despite all rational impulses, despite all evidence to the contrary, despite what we think you do to us and what you think we do to you – and yes, it is often hell on both sides – the plain, unvarnished truth is we love you. Simply, profoundly, utterly.

Your parents look at you today with love. They know how hard it is to make the grade and they respect you for making it. And tomorrow as I know, as a parent of one of this class, as you receive your graduation, their hearts will beat with the natural rhythm of pride. Pride in what you have achieved. Pride in who you are.

They will be nervous for you, as you stand on the threshold of a new adventure for they know the many obstacles that lie ahead.

But they will be confident that you can surmount them, for they know also the strength of character and of spirit that has taken you thus far.

To my fellow parents: I say, let us rejoice and be glad together.

To the Yale College Class of 2008, I say: well done; and may blessings and good fortune be yours in the years to come.