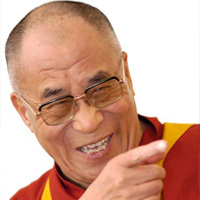 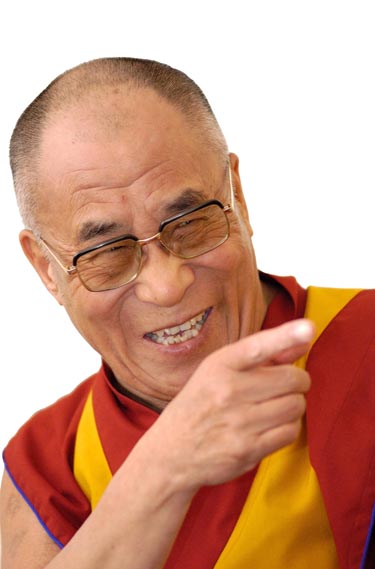 The esteemed Dalai Lama visited South Florida recently and I was lucky enough to get a ticket for his lecture at Nova Southeastern University. Walking into the theater I really had no idea what to expect. What I definitely did not expect was a disclaimer. But this is exactly what I got. Those opening words of the Dalai Lama are ones which I will never forget. He said, “Some people believe that I have magical powers, believe me, I don’t. Some people say I have healing powers, but last year I had a gall bladder operation so there is scientific evidence saying that I do not. I’m just a human being communicating with other human beings [without] barriers.”

The Dalai Lama is a Tibetan Buddhist spiritual leader who is also president of the Tibetan government-in-exile, or the Central Tibetan Administrator (CTA). The current 14th Dalai Lama is currently in exile from his country because Tibet has been taken over by the Chinese government. The United States provided a refuge for His Holiness this past month but he is actually currently living in India.

The Dalai Lama’s lecture taught me some very important lessons; ideas that I would like to share with all of you because every one of us can use a few wise words every now and again.

About Religion: He said, “No one religion is better than another. Religion is like medicine; you [suggest] medicine according to the illness [just] like that some religious viewpoints [suit certain people better].”

About War: “Every society is [now] interconnected so the concept of war is outdated because [in war] only one side can win. Now we are one big country but [because] there is still a difference of interest, this still causes violence. The very nature of violence is that it gets out of control. [We are] using brilliant minds for destructions, so instead [we should] use their minds for construction. In order to implement fully external disbarment we must first disarm internally and get rid of prejudices against each other.” 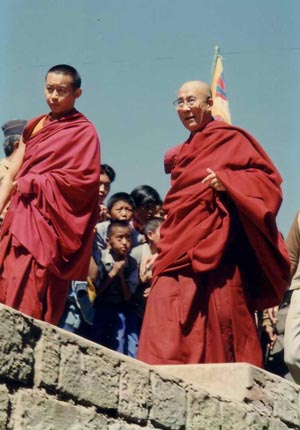 About Problems: “When some disturbance comes [into my life] I try to look at it from a different angle and then find new possibilities. I lost my country, but [instead of thinking about my loss] I thought of all the new people and scientists that I would meet. If I had stayed in my country then I would not get to teach so many more people. In this, I got new opportunities. If you can solve [a problem], be motivated and put all your effort into it. If there is no way to overcome the tragedy then don’t worry. This is a teaching of an Eighth Century Buddhist Monk.”

About Health: “To see reality we have to think positively and objectively. If your mind is calm you can see reality more realistically. Hatred and jealously are very bad and compassion is very useful to [keep] a calm mind. So for physical health, this mental attitude is very important. If mental attitude is calm then bodily functions and [immune response] are more regular. [This is] scientifically proven in an experiment. My own example, it usually takes 20 minutes to remove gall bladder. But [in my case] doctors found complication so it took 3 hours. [Due to this another doctor was called] who described me as a young patient. So I told him that I am not young but he said that my body is that of a 16-year-old. This is because of the discipline in my daily routine. Eight to nine hours of sound sleep also helps. But basically my mental state is very calm.”

So there you have it folks. As I was walking out of the lecture hall I realized that the Dalai Lama had not taught me any new magical trick to better my life, instead what he had related to us was actually plain common sense. But because we all get so caught up in our busy lives, we forget what is truly important in life: not money, but health and family. The Dalai Lama’s greatest achievement is that he has the power to get thousands of people to sit down and to make them listen.  In his own words, he is “just a human being communicating with other human beings” but the way in which this guru wields such responsibility is what left me truly awed.

THE GOD WITHIN
Bollywood Today