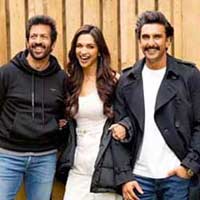 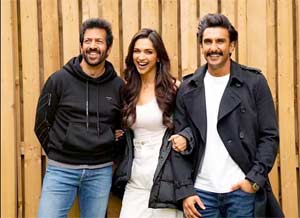 Here’s some happy news for Deepika Padukone and Ranveer Singh fans! One of Bollywood’s most-loved on-screen and off-screen jodi is coming together once again for Kabir Khan’s ’83.

Deepika Padukone has been officially signed by the director to star in the upcoming sports drama, where she will be seen playing the on-screen wife of her real-life husband Ranveer Singh. Ranveer made the announcement for the same on his social media profile. He wrote, “Who better to play My Wifey than My Wifey?! @deepikapadukone plays Romi Dev in @83thefilm! Genius casting courtesy @kabirkhankk.”

This will be Ranveer and Deepika’s first film together since they tied the knot in November last year. This is also their fourth film together, after Goliyon Ki Raasleela: Ram Leela, Bajirao Mastani and Padmaavat.

’83 is based on Indian cricket team’s 1983 World Cup victory. Ranveer plays the role of squad captain Kapil Dev; and Deepika plays his wife, Romi. Deepika will not just be starring in the film, she is also co-producing it along with Kabir Khan, Sajid Nadiadwala, Madhu Mantena and Vishnu Induri.

Kabir Khan is well-known for delivering hit films like New York, Ek Tha Tiger, and Bajrangi Bhaijaan. His last film Tubelight, however, did not perform well at the box office. This is the first time he is collaborating with actor Ranveer Singh. The film will also feature Saqib Saleem, Tahir Raj Bhasin, Jiiva, Ammy Virk, Harrdy Sandhu, and Pankaj Tripathi. The film will release in April 2020.

Ranveer and Deepika’s first film together