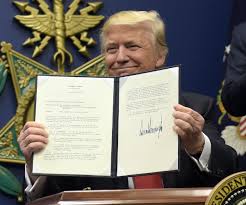 So good news comes in for the Indians residing in America as US House has passed the anticipated Fairness for High-Skilled Immigrants Act bill. This will be removing the country cap on the Green cards, which will be directly helping the Indian professionals in America.

“Prima facie, it may seem like a positive decision for Indian tech workers as it will reduce the waiting period for those with pending green card applications. However, the long-term impact will be negligible. Indian IT companies face H-1B rejection rate of 20%-40% compared to 1% for American companies. The ‘Buy American, Hire American’ policy has resulted in numerous legal and administrative changes aimed at discouraging Indian tech workers’ immigration,” said Vivek Tandon, founder, EB5 BRICS.

On the contrary, the Indian IT companies have faced the drastic up to 40% H-1B Visa rejection rate, very much as compared to the American ones of a mere 1%.

The Centre for Immigration Studies said, “Under current rules, citizens of India are getting about 25% of all the professional employment green cards each year. If this bill becomes law citizens of India will get more than 90% of the professional employment green cards, according to USCIS – for at least the next 10 years. Green cards would be unavailable to applicants from all other parts of the world (and many other occupations) for at least a decade.”

However, the bill has been constantly criticized to be effectively beneficial for companies like Big Tech, and the Indian sources. Accusations are that low-waged Indians will be massively benefitted from the bills, making lesser chances of middle-class Americans