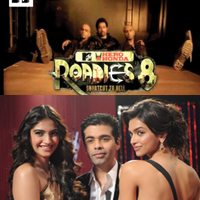 The anthem reflects the spirit of the show and has been able to satisfy fans as it perfectly captures the raw spirit of Roadies. It has been also launched on Facebook and the community crossed over a million viewers on the same day. 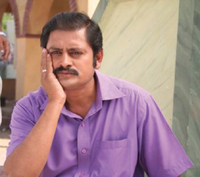 Rohitash Gaur the Best Actor of the Year
Rohitash Gaur, known for the lead role of Mukundi in the soap Lapataganj, has been awarded the Best Actor award at the recently concluded Indian Television Awards. In an era when television and cinema viewers are enjoying in-your-face comedies, his sarcastic comic act has come across as a breath of fresh air. The show airs on Sab TV.

The actor says that he will put in more effort from today, so that people continue to enjoy watching the serial and his character on screen. In spite of the fact that Rohitash Gaur has been a part of the Indian television industry for a long time, he had never achieved so much recognition for any of his roles. Lapataganj proved to be his big break. 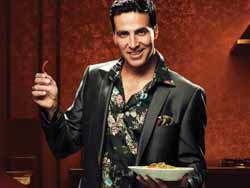 MasterChef contestants to get a surprise
Staying true to its theme of springing surprises, Star Plus’ delicious reality show MasterChef India will present the biggest surprise for its contestants. The remaining seven contestants will get a chance to boost their morale before facing the biggest challenge yet. Akshay Kumar along with the other two judges, Kunal Kapoor and Ajay Chopra, will bring their families to the set.

So after the tearful reunion, we might see some heartbreaking elimination.

Sony TV to Launch Wife Swap
Followers of Sony TV should gear up for something a little different. The channel is going to introduce a new show, which is adapted from the British UK reality show Wife Swap.

Considering the sentiments of many Indian viewers, there will be slight change to the format of the show. Instead of swapping wives, celebrities will swap their mothers. According to sources, celebrity mothers such as Tanaz Currim Irani and Delnaz Paul have already been approached to participate on the show. The show is being launched in association with UTV. Get ready to have fun with some celebrity mothers! 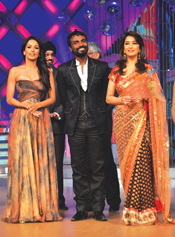 Malaika to judge Jhalak Dikhla Jaa 4 with Madhuri
Jhalak Dikhla Jaa 4 (Dancing with the Stars) will start airing on December 12, and after roping in dancing diva Madhuri Dixit and choreographer Remo D’Souza as its two judges, the channel announced that Malaika Arora Khan would be the 3rd judge of the season.

The Dabangg Munni is very excited about the venture and says that the format of the show is very interesting. Before this, she was the judge in the first season of Zara Nachke Dikha. There are also rumors doing the rounds that Malaika will be introduced on the show by the original dance queen, Helen, who is also her mother-in-law. However, this news is not confirmed.

So with two dancing divas and a leading choreographer, Jhalak Dikla Jaa 4 is all set to dazzle Indian audiences.

Prayers and Appeals For Inmates of Bigg Boss
The fever in Bigg Boss 4 has gone past the ailing Ashmit and caught on to everyone around too. The show has seen ups and downs with the entry and exit of Dolly Bindra. With crests and troughs of highs and lows, the viewership has also sees its big moments and low points. As people make their way to the exit slowly and steadily, the heat is slowly catching a feverish pitch.

Nominations and evictions are among the most important feature of this reality show which features on the Aapka Colors Channel. On their part, friends and family are doing all lthey can to keep inmates safe. Karan Johar is going all out rooting for Ashmit, while Neelam is making fervent prayers for beau Sameer. It’s now the Gods against the people. Let’s see who wins.

Archana Does A Vanishing Act
Pavitra Rishta has been among the most popular shows on Zee TV. Viewers were in for a shock when their trusted Archana suddenly did a disappearing act. In a plot which sees husband Manav involved in an accident, Archana tears out of her house to rescue him. Meanwhile, Manav comes home to find his wife missing. The mystery heightens as you are left wondering if Archana is scouring the land for Manav or has landed herself in some trouble.

Pavitra Rishta has done a good job at building up the mystery and arousing more curiosity. Watch this space, find the answer to the whodunit.

Sasural Genda Phool Drops Two Tonnes
SStar India Plus has pulled off another impressive feat. Its show Sasural Genda Phool has successfully completed two hundred episodes. There are many shows that manage this, and what is special about this one you may ask. What sets this show apart is the fact that it has managed to sustain without the presence of any vamps or villains.

So, if there is no killing, conspiracy and no cruelty, how then, can this show last? This is a show which talks about real people, and the simple ties which bind families and the values which create lasting relationships. We hope the family stays together for good.

Giggles with the Girls on Koffee with Karan 3
The new girls on the block are bold, beautiful and outspoken. Deepika and Sonam were at their witty best when they shared the couch with K Jo on Koffee with Karan 3 on Star Plus. Fearless and frank, quick candid comments sprang up in response to some tricky answers. This is definitely among the most watchable episodes this season has to offer. And while Imran and Ranbir might have been entertaining, the girls took the cake, applause and the hamper.

Not everyone is smiling, though. Ranbir, who was the butt of most jokes, felt that he wasn’t shown in the best light on a show of his stature, especially one aired on national television. No one else seems to mind, the rest sure had a blast.

Mukundi is the Biggest TV Star
Lapataganj adds another feather to SAB TV’s crown, as Rohitash Gaur – lead actor who plays the role of Mukundi – was adjudged the best actor. Felicitated at the recent Indian Television Awards, Gaur feels a sense of pride and fulfilment, although he is also more inspired to do more with his character. He certainly feels a strong sense of justice, as the years he has spent in the television industry assaying several roles have finally borne fruit.