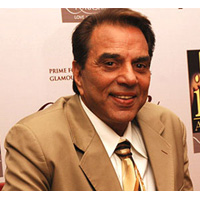 Can Rupali Find Love or Marriage?

Television stars really need to be careful about the image that they portray of themselves on screen. Not just for the sake of their fans, but also their own. Take, for instance, Rupali Ganguly. She made it big on Big Boss season 1. Not for the star power she threw or the tantrums that she managed to show, but for the tears she shed and all the sympathy she looked to gain. While some may have felt a tad sorry for her at the beginning, it only grew annoying and people prayed for a hasty exit. Next came reality stunt show Khatron Ke Khiladi, where more tears and breakdowns followed. She now carries with her the image of being a complete damp squib. How then, could anyone find her appealing? And Rupali still hopes to find love and married bliss, although she will not step out of her house looking for it. Well Rupali, if you really think your prince charming will come knocking at your door to carry you away, we can only wish you good luck.

Hema Malini is a woman who is aware of the needs of society and does her fair share to give back. Adding to her already existing list of causes, Hema decided to donate all the money she won as a contestant on KBC Bhojpuri.

Hema agreed to participate at the behest of host Shatrughan Sinha, with whom she has worked before. The set was lively, the two were apparently comfortable with one another, sharing fond memories of the past and talking of their work together. But Hema was there for a reason, and she never lost sight of it. She managed to answer well and won a considerable amount. Although we do not know which charity she decided to donate to, we know for certain that someone has something significant to gain from her intelligence. Not only is she full of brains, but heart as well.

Dharmendra Still Has the Magic

When Dharmendra joined the reality show India’s Got Talent on Colors, many were skeptical about how he would manage to hold himself together. It must be said that age has taken away from his killer looks. Not everyone was certain that he was cut out for being a judge or being part of a reality show. However, Dharmendra silenced everyone. Not only is he brilliant on the show, but also a single-handed cause for its increasing popularity.

Dharmendra’s charm, his wit and genuine demeanor have won him more fans and plenty more love. In its opening week, India’s Got Talent managed to gain more ratings than much hyped dance reality show Just Dance on Star Plus. This just goes to show that some men are just better with age, and there can be nothing stopping them. In the race to ultimate stardom, Dharmendra just left Hrithik Roshan far behind.

The Price of Stardom – Is It Too Much To Handle?

Most star couples find the stress of managing their personal and professional life too much. Some fall in love with co-stars during a show, and the magic wears off once the show is complete. Others stay together for a while and then drift apart. A third group lives for a long time, marries, and then cannot find compatibility thereafter. There are very few television couples who can really brave the odds and stay together. In this time of volatility and unstable love stories, it is only fair that couples shy away from talking about their relationships.

However, the odd couple in the television world has to be Manish Raisinghani and Rishma Roshlani. The two began seeing each other about a year ago, and have never had a problem admitting it, or talking about being together, whether among friends or in the media. Everyone assumed that this is a rock steady relationship that will last forever. To the extent that Rishma was involved in the functioning and care of the school Manish set up in honor of his mother, they showed just how mature their relationship has been. But theirs is probably one among the many others that have failed with time. While there has been no confirmation of this news, the once open couple have nothing to say when asked about the other. Wonder if the silence or ‘no comment’ is enough to show the painful end that we are all too familiar with?