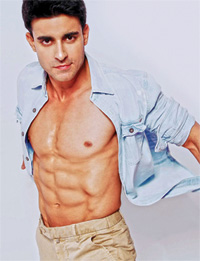 Recently, Gautam expressed he was thrilled to play the part and was eagerly waiting to shoot for the show. He also said that Karn’s character in Mahabharta fascinated him. He added that Karn believed in “karma” over “dharama,” hence he did everything that was possible for the masses. He added that Karn’s generous deeds had earned him the title of “daanvir.”

Yeh Hai Mohabbatein to Take 10 Year Leap
Balaji Telefilms and Star Plus show Yeh Hain Mohabbatein will leap forward approximately 10 years. Rumor is that adding years to the show will amp up the drama quotient (DQ) of the plot.

A source close to YHM said that casting for the show began at the end of September and would go on until the end of October.

With a 10 year leap, viewers can expect to see many new relationships and new faces on the drama show. However, another source informed that the creative directors of YHM were still working out the post leap plot.

Recently, actress Prachi Desai was in Kuwait to co-judge the “Concierge Indo-Pank Talent Hunt Show 2015.” The talent show is an exclusive platform for Pakistani as well as Indian expatriates situated in Kuwait to showcase their talents like modeling, drama, music.

In a recent interview, “Rock On” star Prachi said that she was impressed by the talents of the participants on the show. She was enthralled by the euphonious voice of Baljit, who is a restaurant employee in Kuwait.