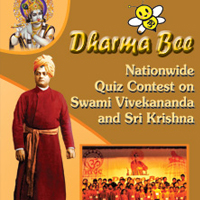 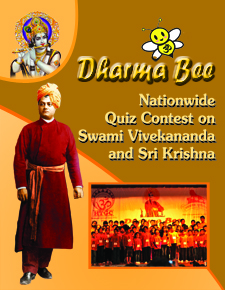 At the Art Institute of Chicago, children speaking in American accents with matching orange T-shirts posed for photos and stood where the man they’d spent months studying, called for interfaith tolerance and understanding, said a recent article in the Chicago Tribune.

The occasion was a field trip. The event was National Dharma Bee contest. The contest was part of SV 150 celebrations, marking the 120th anniversary of Swami Vivekananda’s trail blazing speech at the World Parliament of Religions in Chicago and the 150th birth anniversary of the famous Indian monk.

Dharma Bee, the first national contest of its kind in the U.S., which drew well over 3,000 children from around the country, concluded in Chicago on June 15. The Dharma Bee tested students’ knowledge about Vivekananda and other Hindu leaders in a written test, oral presentation and team project. It included speech contest, poster presentation, written test and team activity in four age groups between grades K-8th grade.

More than 130 children, short-listed from regional competitions, were invited to participate in the final round held in Chicago on June 15. Distinguished panel of judges from Chicago area as well as from around the US evaluated the contestants. The first Hindu Congresswoman, Tulsi Gabbard of Hawaii, and Swami Ishatmanandaji of Vedanta Society Chicago were chief guests for the prize distribution ceremony held at Hindu Temple Of Greater Chicago on June 16, 2013Following are winners in four categories:

Congresswoman Gabbard in her remarks said, “The Dharma Bee was not just a competition to win a medal or title as the children have taken to their hearts the teachings of the Bhagavad Gita and have found a way to understand the message.”

Suhas Subramaniam, a contestant (13) from San Diego said, “I knew about Shri Krishna, but because of Dharma Bee, I got to know a lot about Swami Vivekananda.” 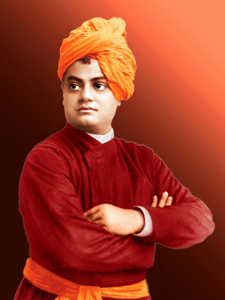 “We wanted to provide an exciting avenue for children to learn about Swami Vivekananda and Shri Krishna.,” said Sreevidya Radhakrishna, National Coordinator of Dharma Bee.

HSS conducts a structured values education program through its 150 chapters nationwide to develop strong character and teamwork and leadership skills and to organize a dynamic and flourishing Hindu-American community. For more information, please visit www.hssus.org/sv150 and www.hssus.org

The contest was part of SV 150 celebrations, marking the 120th anniversary of Swami Vivekanan- da’s trail blazing speech at the World Parliament of Religions in Chicago and the 150th birth anniversary of the famous Indian monk.