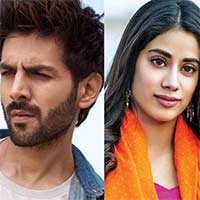 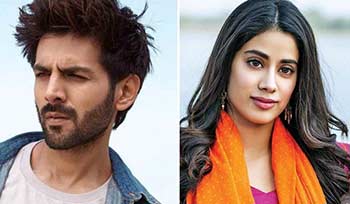 KJo just announced a sequel to his 2008 blockbuster project “Dostana” which starred Priyanka Chopra, Abhishek Bachchan & John Abraham as lead stars. The sequel of the 11-year old hit production will have Janhvi Kapoor and Kartik Aryan as lead stars, with a final third place still to search to complete the star cast.

Karan Johar took to Twitter to announce the upcoming production by tweeting, “The return of the franchise with unlimited madness! @TheAaryanKartik, #Janhvi & a soon to be launched fresh face – making it the trio for #Dostana2, directed by @CollinDcunha. Watch out for the third suitable boy! @apoorvamehta18 @dharmamovies.”

Kartik Aryan will be teaming up with Janhvi Kapoor for the very first time, with a newcomer to complete the lead trio. Dostana 2 will be helmed by Collin Dcunha, who is a first time director. He also expressed his excitement over the announcement and tweeted, “Extremely thrilled to announce my first film #Dostana2 with the supremely talented @TheAaryanKartik, #Janhvi & a suitable boy who shall be revealed soon!”

A source has revealed, “The 2008 film was a success especially because it was one of the first few mainstream films to show a same-sex relationship in a normal and fun manner. Karan has always wanted to take this franchise forward and his endeavor was to ensure that he gave much more to the audience in the sequel. The team has worked hard on getting the script right.”

Movie Dostana showed the same-sex relationship between John and Abhishek, who tried to impress Priyanka Chopra, only to find that she loved someone else. Dostana 2 is rumored to based on the same plot, with Kartik Aryan and a newcomer playing the role of Gay, and Janhvi to be the leading lady of course!