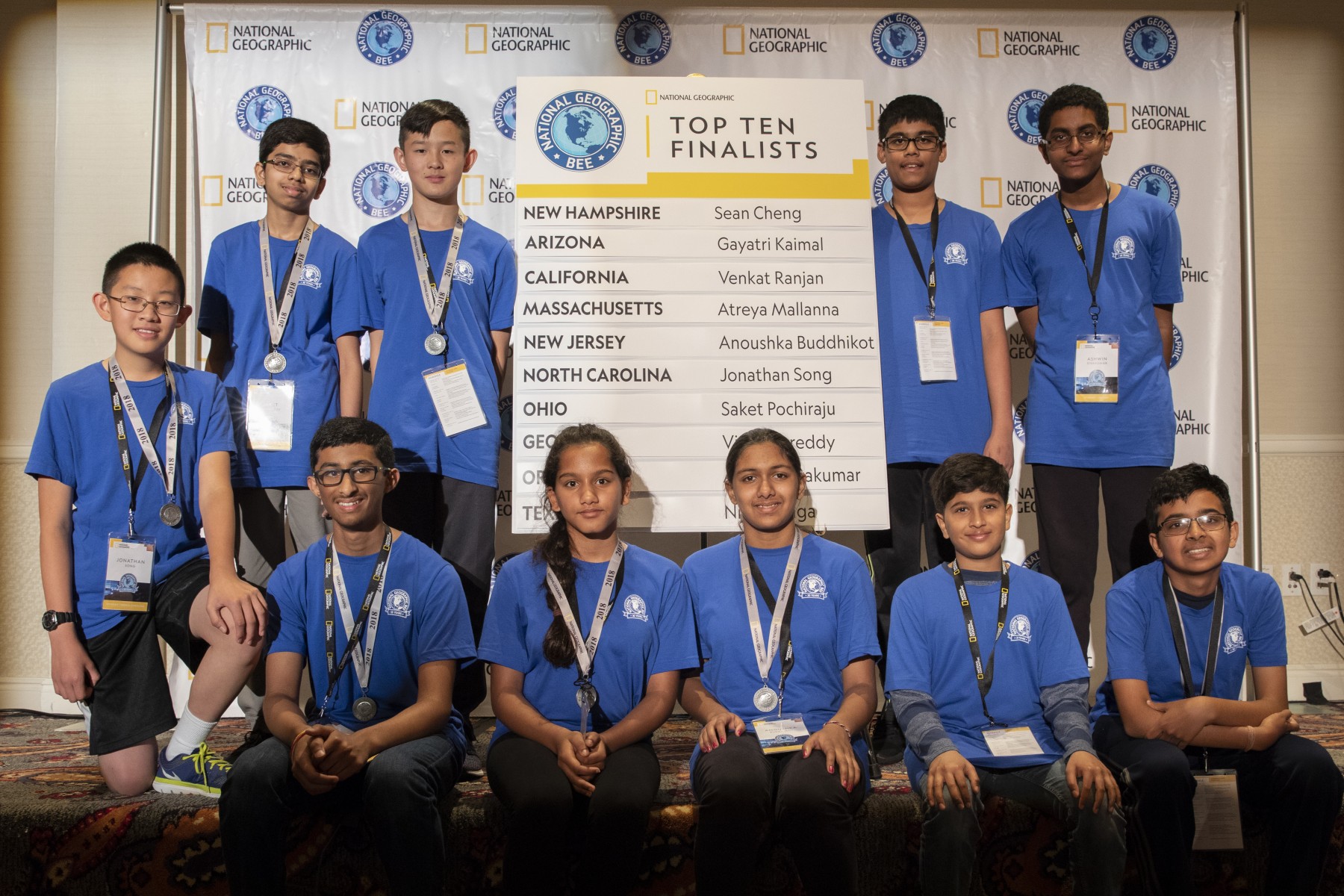 Summer is approaching and schools and colleges are finishing up spring semester in preparation. It’s also the time of year for various competitions such as the National Geographic Bee to the Scripps National Spelling Bee and the Intel Science competition. And once again, it’s a proud moment for Indians living worldwide! If the past is any proof, Indian American students will continue to dominate most of these competitions.

The preliminary round of the 30th annual National Geographic Bee was held on May 21, 2018, and the top 10 finishers – from a field of 54 state-level champions were announced. The Desh-Videsh team is proud to announce that eight out of the ten finalists are Indian American students: