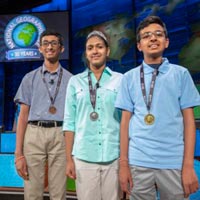 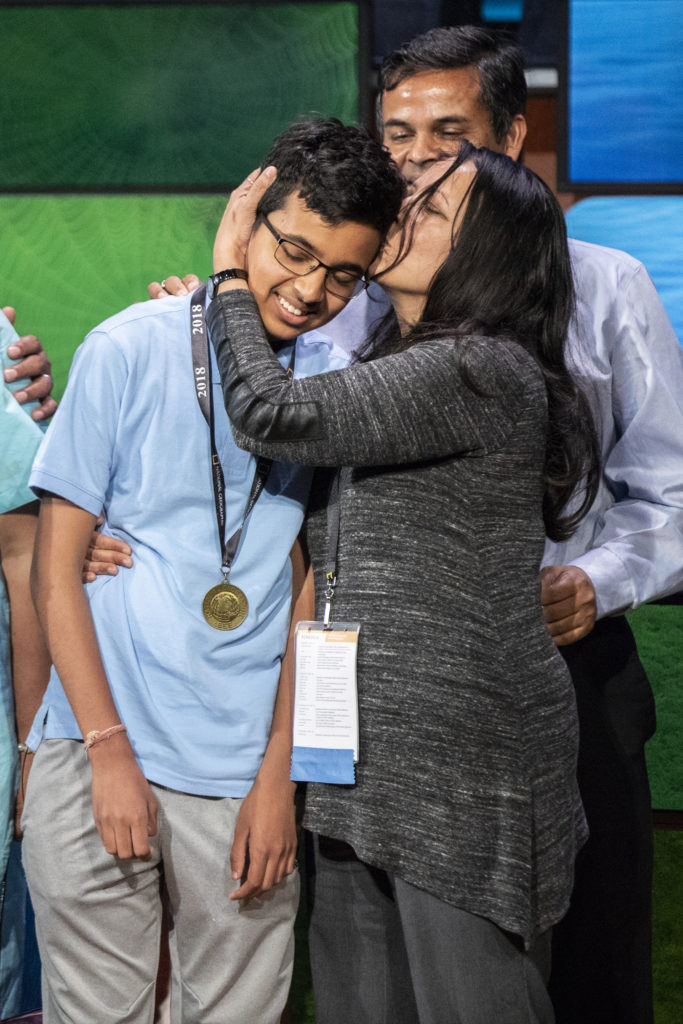 The second-place winner and recipient of a $25,000 college scholarship was 13-year-old Anoushka Buddhikot of Bridgewater, New Jersey, an 8th-grader at Bridgewater-Raritan Middle School. Third place and a $10,000 college scholarship went to Vishal Sareddy of Suwanee, Georgia, a 14-year-old 8th-grader at Riverwatch Middle School.

In the final round of the single elimination competition, the winning question was “Lebanon has a population most similar to which South American country?” Ranjan’s winning answer: “Paraguay.” 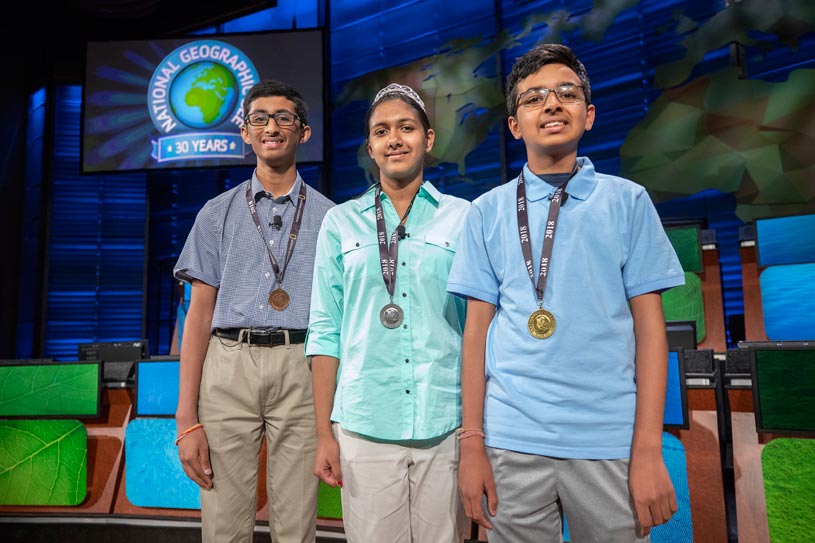 Fifty-four state and territory winners took part in the preliminary rounds of the 2018 National Geographic Bee on Monday, May 21. The top 10 finishers in the preliminary rounds met for a final round, which was moderated by humorist, journalist and actor Mo Rocca. The seven other finalists, who each won $500, were Gayatri Kaimal of Tucson, Arizona; Atreya Mallanna of Lexington, Massachusetts; Sean Cheng of Stratham, New Hampshire; Jonathan Song of Apex, North Carolina; Saket Pochiraju of Lewis Center, Ohio; Ashwin Sivakumar of Portland, Oregon; and Nihar Janga of Austin, Texas.