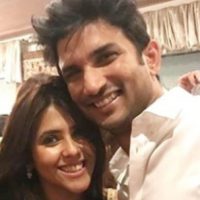 Actor Sushant Singh Rajput, known for his roles in Kai Po Che, Detective Byomkesh Bakshy, Shudh Desi Romance, MS Dhoni – The Untold Story and Chhichore, passed away on June 14 at his Bandra residence in Mumbai. He died by suicide at the age of 34. The cause of the death was revealed to be asphyxia due to hanging after post mortem reports were released. The funeral will be carried out on June 15 at Pawan Hans Crematorium in Mumbai. 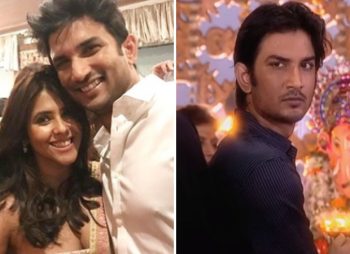 Sushant made his Television debut in Kis Des Mein Nikla Hoga Chand as a supporting actor. He, then, bagged the lead role in Pavitra Rishta, which starred his ex-girlfriend Ankita Lokhande. The show was produced by Ekta Kapoor’s Balaji Telefilms. The producer took to Twitter to share an emotional tribute to her friend Sushant. “ “DARE TO BE DIFFERENT-After a long restless night. All I can share is a #balajitelefilms tribute to to u with few of our pics! This made me think if we. Really are there for those we love or care for ! Do we know ppl or do just judge d ones who don’t follow norms! U never spoke about ur next hit always about us exploring astrology astronomy META PHYSICS… the meaning of SHIVA ..and discoveries of stars at NASA ! Odd for an actor ! Odd different genius bon voyage! From u being spotted at a prihvi cafe by d balaji team for tv to u becoming India’s brightest star u did it all! We will celebrate u everyday ! Hope ur with ur mom now who u missed so much !,” she wrote on Instagram.

Pavitra Rishta aired for six years and one of the top-rated shows coming from Ekta Kapoor’s production. This led to Sushant Singh Rajput exploring Bollywood option. He then made his debut with Kai Po Che and the rest is history.

On the work front, Sushant Singh Rajput was last seen in Chhichore and Drive. His next film Dil Bechara is scheduled to release on a digital platform. It stars Sanjana Sanghi and is directed by Mukesh Chhabra. The film is the Hindi remake of Hollywood film, The Fault In Our Stars.