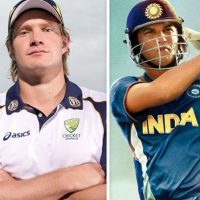 Actor Sushant Singh Rajput passed away in Mumbai on June 14. He was 34 years old and died of suicide. While his death has left the nation in shock, tributes have been pouring in from all across for the actor. Former Australia all-rounder Shane Watson took to Instagram to pay tribute to the actor. Watson said, “I can’t stop thinking about #sushantsinghrajput. It is so tragic that someone that was so incredibly talented has left our world way too soon.” 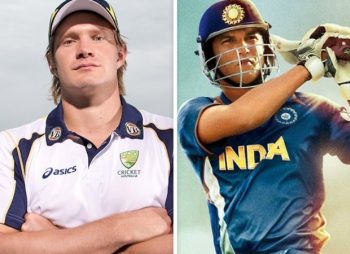 Recalling his performance as cricketer Mahendra Singh Dhoni in MS Dhoni – The Untold Story, Shane further wrote, “In The Untold Story, at times you forgot whether it was Sushant or MSD. Amazing portrayal and now the world is much poorer with him not here in it.”

Sushant Singh Rajput’s death has sent shockwaves across the nation. Even cricketers Sachin Tendulkar, Virat Kohli and Yuvraj Singh mourned his untimely passing. “Shocked to hear about Sushant Singh Rajput. This is so difficult to process. May his soul RIP and may god give all the strength to his family and friends,” Virat Kohli tweeted.

“Shocked and sad to hear about the loss of Sushant Singh Rajput. Such a young and talented actor. My condolences to his family and friends. May his soul RIP,” Sachin Tendulkar said.