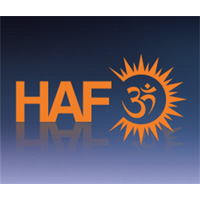 Every day, my Hindu-ness makes me a better American

You can remove a Hindu from his homeland, but you cannot get Hinduism out of his soul. Hinduism and its philosophies have a great impact on everyone, and it is only a matter of when it dawns on you. The aim of the Hindu American Foundation is to help everyone connect with their inner strength through various vehicles.

The youth are clearly the pillars of tomorrow, which is why the HAF organized an essay competition for them. The topic Every day, my Hindu-ness makes me a better American because… was common to all entrants, although they were judged in three categories – 14 to 17 years, 18 to 22 years, and 23 to 27 years. The three parameters on which they were judged included their creativity, style and focus.

There was plenty to incentivize the entrants. Apart from a cash prize promised to the first and second prize winners from each category, the first prize winning entries would also be featured on the Huffington Post, a popular news and blog website.

Vinti Singh was adjudged the first prize winner in the 23-27 category, and walked away with $500. Divya Srinivasan took home $250 as second prize in the same category. While Vinti is a reporter for the Connecticut post, Divya is studying for her PhD.

Sircar, a graduate from Georgetown University received the first prize in the 18-22 category and Sarika Persaud from New York came in a close second. They both received $300 and $200 respectively. In the 14-17 year category, Faren Rajkumar received $150 as the first prize and Tejas Dave stood second

This has been a specially rewarding year for the HAF which has not only received more entries, but also seen a marked improvement in the quality of essays it has received. Sheetal Shah, Senior Director for HAF said that this year had been particularly difficult to judge, and it was difficult to select only two winners per category. However, the winners showed a deeper understanding of Hindu philosophies, and were able to compare them with American Ideals remarkably well. This was an excellent opportunity to be able to involve younger minds, and also help them deliberate on what being a Hindu in America stands to mean. The experience has been rewarding and inspiring, and given the way things have grown year on year, they expect to have a lot more awareness spread in the future.

Gujarat Celebrating 50 Years of Its Glory
Immigration Q & A