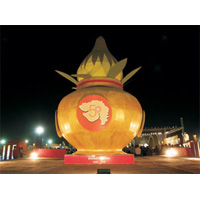 Gujarat Celebrating 50 Years of Its Glory 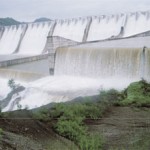 If you take a close look at what Gujarat has accomplished, you will notice that advancement did not happen due to giant leaps of change. Instead, there are gradual initiatives with a clear focus on what is to be achieved. What has stood out is the fact that focus has never been lost, and that work has not gone unnoticed. Gujarat has managed to leverage its strengths and work on its competencies to its advantage with such excellence that it has managed to turn the state around.

The base of strategic planning has been to work on assets and resources within the state. Recognizing major resources such as land, water, energy and people, the government has worked on each at different levels to elevate their potential and reap lasting rewards.

Land is one of the largest resources in Gujarat, given that it is a relatively large state. The state of Gujarat has made land a priority in many ways. The first has been to instate agricultural initiatives in place to improve the lives of the farmers, and also to enable the land to yield optimally. As a result, produce has bettered itself with each passing year, and contributed more significantly to the revenue of the state. Another way in which land has been a focus is the emphasis on the network of roadways that exists. With a clear design to set in place better connectivity by road, and also improve on the conditions of existing roadways, the government has not just spent a considerable amount of money, but also put to use best practices. The third dimension of building on the land has been to improve the aesthetic appeal of the lay of the land. With better plans for cities and towns, more aesthetic design and improved functionality, Gujarat looks, feels and works much better. 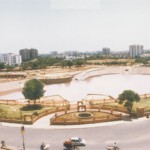 Water conservation has always been of paramount importance to the state. With several plans and projects introduced to harvest water better, put in place a system for drainage and reuse, and also try to conserve the water of the rivers, there have been great studies made. From a time when a large part of the state drew water for use from tankers, dependence has today reduced considerably. Less than two hundred villages today depend on water tankers to meet their needs, and the number looks to shrink further soon. The heartening part of the water situation is that it is not just the government that takes measures, but also the people who participate with as much enthusiasm and involvement.

Today, Gujarat is an economy based on gas and energy. It is the petro-capital of India. A concerted effort has been put in place to search for oil and gas throughout the state, and there are a number of sites where oil and gas have been found. Richly endowed in this asset, Gujarat is looking to make the most of it. The state also looks to secure oil and gas reserves abroad for its use. A neatly designed gas grid runs through the state, which provides for all its needs on an ongoing basis. The state has also worked very hard on electricity, making it available to almost every village. The state electricity board, which was otherwise incurring heavy losses has transformed into a profitable venture today.

While on the resources, it is also important to talk about the state and its industry. There is steady growth in the industrial sector, as is visible from the increased activity witnessed at ports. The number of factories has risen significantly over the years, and there is much more money at stake. The proof of the prosperity of Gujarat can also be seen in increased spending of its people, the growth in the number of vehicles purchased, and the increase in taxes received by the government. The increase in the number of companies, industries and investments also means more employment opportunities and greater revenue for the people in Gujarat. 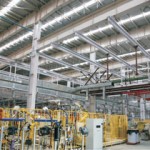 The people of Gujarat are clearly the biggest asset of the state. Hence, the greatest attention and strongest focus is paid the people at every level. To start, there is a movement that aims to provide the people more safety and security. Today, Gujaratis are more involved in policy-making and all areas of development. Institutions at every level, all the way from the village to the state, are directed at addressing grievances and bringing about reform. All records at each level are now computerized. There are better facilities for education for all. With special schools in villages, education opportunities and privileges for girls, and also an increase in the number of technical education institutes, the state looks to equip each and every citizen with the opportunity to take on larger roles in society. There are also special groups for women, which look into their affairs and welfare.

The state has made rapid progress with technology. Not merely in using it as a tool in industry, but in every other area as well. Whether by providing better electricity, improved water collection and conservation, or even documenting the needs of people, technology is everywhere. The government also uses it as a vehicle to enable people to be in direct touch with leaders and seek redresses.

It is no wonder that everyone is talking about Gujarat. Political leaders call this a model state that others should emulate, while industrialists feel that this is the place to plant roots. For many reasons and in many ways, Gujarat has become a haven not just for those residing in it, but also for those who want to do something to grow.

No change can occur only from the top. It is only when there are motivated, informed individuals that the state can move forward. Only when passion, information and spirit percolates from the top down to every microcosm existing beneath can everyone move forward together in the same direction. This is where the state of Gujarat looks to be going.

Anna Hazare making history in India
Every day, my Hindu-ness makes me a better American