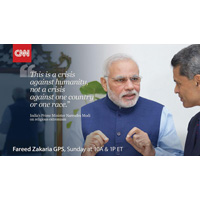 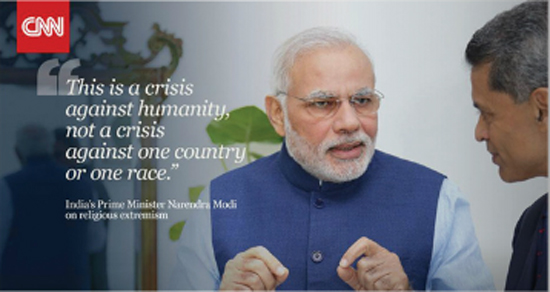 In his first interview since becoming the Prime Minister of India, Narendra Modi spoke with CNN’s Fareed Zakaria from his official residence in New Delhi in mid-September 2014. The new Prime Minister and Zakaria covered a range of issues, a few of which are excerpted below.
(The original interview aired on September 21, 2014 on Fareed Zakaria GPS. The entire transcript can be found online at CNN.com). 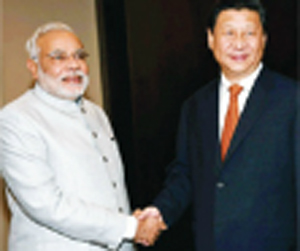 Fareed Zakaria: After your election, people have begun asking again a question thathas been asked many times for the last two decades, which is, will India be the next China. Will India be able to grow at 8-9 percent a year consistently and transform itself and thus transform the world?

Prime Minister Narendra Modi: India does not need to become anything else. India must become only India. This is a country that once upon a time was called ‘the golden bird.’ We have fallen from where we were before. But now we have the chance to rise again. If you see the details of the last five or ten centuries, you will see that India and China have grown at similar paces. Their contributions to global GDP have risen in parallel and fallen in parallel. Today’s era once again belongs to Asia. India and China are both growing rapidly together. That is why India needs to remain India. 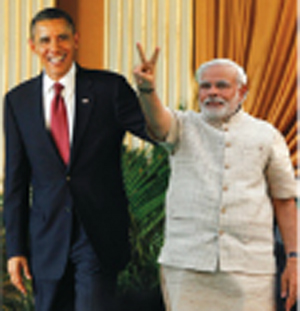 Modi: I have a one word answer: YES. And with great confidence I say “yes.” Let me explain. There are many similarities between India and America. If you look at the last few centuries, two things come to light. America has absorbed people from around the world … and there is an Indian in every part of the world. This characterizes both the societies. Indians and Americans have coexistence in their natural temperament. Now, yes, for sure, there have been ups and downs in our relationship in the last century. But from the end of the 20th century to the first decade of the 21st century, has witnessed a big change. Our ties have deepened. India and the United States of America are bound together, by history and by culture. These ties will deepen further. 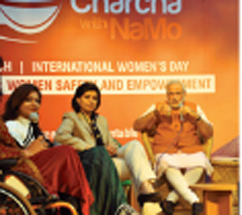 Zakaria: One of the areas that India has come on to the world scene or people have read about and heard about it, which has been unfortunate has been violence against women. This issue of rape. Why is it you think that there is this problem of, it seems persistent discrimination and violence against women in India and what do you think can be done about it?

Modi: Look, us political pundits shouldn’t tangle ourselves up in knots by searching for the root cause of this problem. More damage is done by statements from political pundits. Dignity of women is our collective responsibility. There should be no compromise in this matter. There should be no erosion in the law and order situation. We have to revive the family culture in which a woman is respected and considered equal, her dignity encouraged. The main thing here is girl child education. By doing so the possibility of empowerment will increase. On August 15, my government pushed ahead a movement called: educate the girl, save the girl.