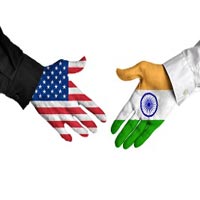 First time a record 27 US Congressman travelling to India

It is for the first time in the history of India that 27 US Congressmen will visit the country later this month. The delegation includes top officials and lawmakers from both the parties. However, the Democratic and Republican parties will visit India as two different delegations.

The US delegation that will visit India is considered to be an important visit for both the countries and will definitely strengthen the ties between the Nations. The Indian Ambassador to the US Navtej Sarna said that such visits are mostly meant to ‘Strengthen and built’ the Indo-US relations. This event will be marked as a special event as it is the largest number of US lawmakers visiting the country for the first time.

The sources have also revealed that the first delegation from the Republican Party will be in India from 20th -23rd February and are likely to visit Delhi and Bangalore. The delegation includes ‘George Holding, Dave Trott and Jason Smit. In a similar manner, the delegates from Democratic Party include Hank Johnson, Henry Cueller, David Ciciline and Sheila Jackson. A series of meetings and discussions have been planned between the delegates and the top Indian officials, politicians and lawmakers. The agenda will focus mostly on the economic reforms and measures being taken, political scenario in India and exploring the potential sectors of growth.

The visit is also considered as a landmark as India never witnessed earlier US lawmakers visiting the Nation in such high numbers. India has also never featured in their top 10 list of countries for visit and their popular destination has always been Iraq. As per Mukesh Aghi, President of USIBC, India needs to present itself in the right manner and convey its vibrant culture, food and politics for the US delegates to form an important ally. The message should go positive to the House and Senate.